Learning to Shave With Autism

Share29
Pin2
Tweet
31 Shares
Learning to shave with autism is a skill that requires practice as well as trial and error.  The teenage years can be so daunting even without autism.  Add in the idiosyncrasies  of autism, as well all the sensory issues that it brings, and you have a recipe for disaster if you don’t pay attention.  Luckily, you have me to go before you to experience the sights and smells. Oh, the glorious smells of a teenage boy! Autism doesn’t change that, unfortunately. One of the rites of passage in becoming a man is shaving.  To be honest, I put this off as long as possible.  I tried to give Logan a quick shave with the clippers every time I attempted a haircut.  This worked for only so long. Haircuts aren’t easy in and of themselves for a child with autism.  He wouldn’t let me shave his mustache, which was becoming quite apparent. It looked like a fallen eyebrow for goodness sake!  Not to mention that the sideburns were growing in faster than I was giving him a haircut.  Don’t get me wrong, the haircut thing was a completely viable option for the beginning.  He was alright with it as long as it was quick and I didn’t dawdle.  While you are working on finding a razor, it will most definitely keep the facial hair under control. 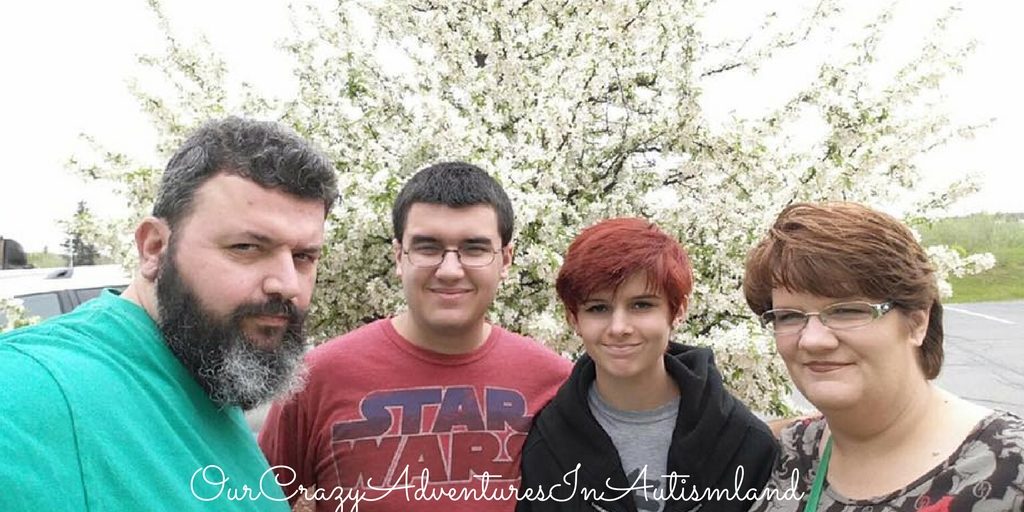 When it became apparent that he would need to start shaving on a more regular basis, I enlisted Michael’s help.  For starters, I’ve never been a teenage boy.  Also, I’ve never shaved my face.  I vocalized what I perceived Logan’s sensory needs were to Michael as well as  what I wanted the outcome to be.  He listened patiently, as he always does, then gave me some options. Communication is crucial to this step.  If you aren’t lucky enough to have a Michael in your house, then enlist the help of an adult male that your child is familiar with and trusts.  Patience is crucial to this experience. If you don’t have anyone, then it’s doable by mom.  If you’ve shaved your legs, then you can teach how to shave a face.

The hazard of a regular razor is that you could feel it scraping the skin.  In addition, it does sting if you have a dull razor or get nicked in any way.  We quickly decided that this was not an option for Logan at the time.  This one takes practice.  As young men becomes more accustomed to the razor on their skin, it gets easier.  Don’t discount it, but understand that it will take time and effort to get this to work for your teenager. You must stay on top of when the razor needs replacing as well.  Disposable is the best option, in my opinion.

This was a better fit for Logan.  Since he allows me to cut his hair with clippers now, it seemed logical that he would be amenable to an electric razor.  The question was which kind of electric razor?  Who knew that there were so many different varieties of electric razor available?  Seriously?  There is quite the plethora of choices.  The only way to find out which one was trial and error.
For us, we went with the three head variety.  The kind with the  coils tends to yank the hair out.  I determined that he most likely wouldn’t like that one based on his current sensory needs. Since we want him to use it on a regular basis,  we need him to be quite comfortable with it as well as  make positive episodic memories.
We looked online and checked at Target.  He turned them on  and looked them over. I let him chose which one to buy first.  An affording autism tip for you here: there are lots of them on sale at Christmas.  You could get a few of them at a pretty reasonable price. You won’t be out a ton of money that way.  We bought a couple different varieties so that he could try them out to pick his favorite.  It was the most logical way to do it .

Encouragement goes a long way.  Michael took him into the bathroom where they talked about all the ins and outs of the razor.  I thought it was the most boring conversation I have ever eavesdropped on.  Apparently, Logan thought it was great because they were in there forever.  I shooed them out at least twice to use the bathroom.  We live in a one bathroom house here. Cut me some slack.  After all the ins and outs were done, they actually used it!
Every single time he uses it, we make a big deal about it.  Lots and lots of positive reinforcement here as well as really exaggerated over-the-top praise.  Our goal is to make the positive connection in his brain that shaving is something he wants to do.  Sort of a necessary event that isn’t terrible.  After he does it for awhile, we will back down on the exaggerated praise until it becomes a daily occurrence without any prompting.  We aren’t there yet.  We are still making the connections.
At this point, I only require Logan to shave on Saturdays before church.  I acknowledge his sensory needs.  He acknowledges my need to see him clean shaven at church.  I don’t ask more of him than he is able to give.  For a people-pleasing control freak like me, that is seriously hard to do at times. I must consciously remind myself that sometimes it must be “good enough.”  We are not striving for perfection.

Make a visual schedule if necessary

If your child needs a list of steps to remember what to do when he is shaving then, by all means, make him one.  The goal is to make him successful as well as independent. If a visual schedule accomplishes that, then do it. You can find already printed PECS on Amazon.

The main point here is that we made the event successful for him by taking into account his sensory needs.  Our  goal at first was not to make him shave.  It was to make him feel competent at doing a personal task that he would need to accomplish on a regular basis.  This one task will make him feel more confident to try more tasks.  In the end, that’s what important. All the other tasks will fall into place. I only expect Logan to shave once per week.  We decided the best day for this would be Saturday night after his shower for church.  Does he need to shave more often?  Absolutely.  To make it successful for him, I have to lower my expectations.  While Madison and I were gone recently for weeks over the summer, he didn’t shave at all.  I am willing to acknowledge that it is a difficult task for him.  He is willing to acknowledge that it is important to me.  We meet in the middle on getting it accomplished.  Such is the life of an autism family. 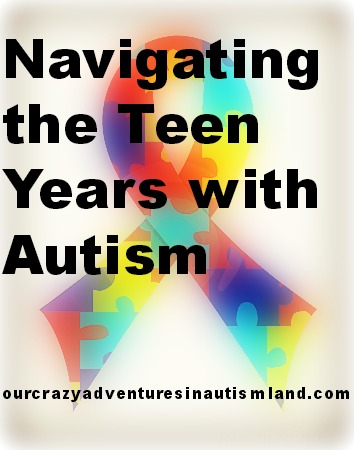