Why Episodic Memory Is Important In Autism

Why is episodic memory important in autism?    These are super important questions about a really invaluable skill.  A typical child will build this skill without any intervention. A child with autism will need to be taught this skill in order to draw from it later.  It really is a building block to success in higher level thinking skills like friendship. 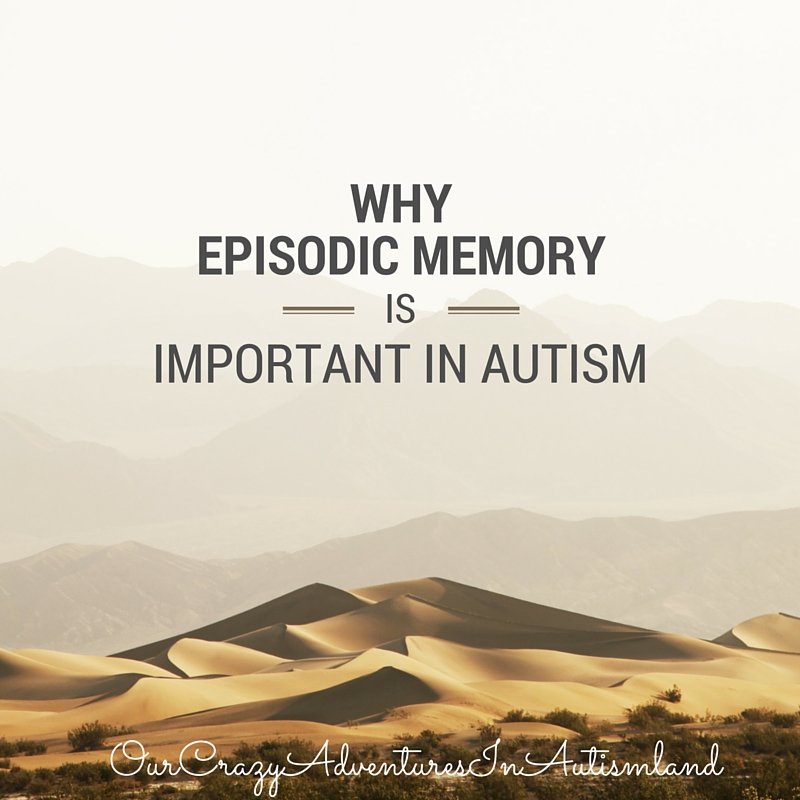 What is episodic memory anyway?  It’s the ability to take something from an encounter to store away for future use.  Here’s the kicker: it can be positive or negative .  A negative one would keep you safe from future harm by reminding you that you aren’t safe. As an abused child, I knew what certain triggers were that would inevitably lead me to get harmed.  My episodic memory kicked in when I saw those triggers allowing me to retreat to safety. In our kids with autism, it can be a place , like church or school , that overwhelms them and makes them feel incompetent.  They immediately or easily become agitated at these places for fear of a recurrence of a previous event.

What we want to do as parents is to build up the positive episodic memories.  A positive episodic memory is one that ended with your child feeling good.  Your child felt competent while having fun. You can draw on it later to encourage your child to try something new , join in an activity or meet someone . Your child with autism will not be able to automatically draw on these memories or store them without being taught specifically how to do it. 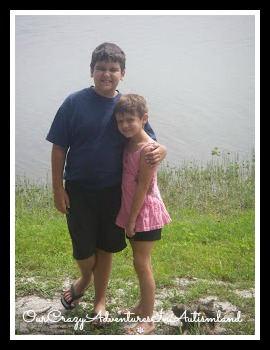 A postive as well as successful episodic memory came about some years ago . We drove out to the fish camp where Grammy & Grampa are vacationing this week to visit for a few hours. We got there just as Grampa was bringing in a load of fish. So, after checking out their tent, we wandered off to find where Grampa was cleaning the fish.
We found him at the fish cleaning station (go figure??) . Two great things happened while we were there. First, Logan stayed even though it really reeked in there. He didn’t gag or comment on how it smelled ( our new habit). Second, he stayed there and had an appropriate conversation with Grampa. Not only that but he shared some memories with Grampa about the times that he went fishing with RAs from church. It was great experience sharing and his memory retrieval was spot on. The whole conversation was a little surreal as they bantered back and forth about fish. 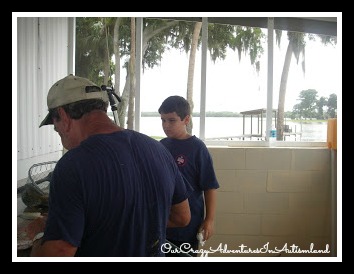 In this instance, Logan was able to draw from a previous experience that didn’t involve Grampa to engage him in conversation.  See how I said it was a building block to higher level skills. By perfecting the episodic memory skill, he was able to move on to conversational skills. But how did we perfect that skill? 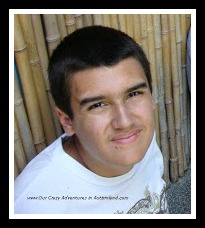 Rest easy that it can be done with time and patience. Oh and knowing a few things. Here’s what I learned in our efforts to build it up.

“I love to hear the frogs croaking! It reminds me of when I was a little girl at Aunt Judy’s house in New Hampshire.”

“My favorite part of that movie was when Dracula says I don’t say blah, blah, blah.”

“Remember when you ate the whole bag of peppermint Hershey kisses and threw up on Madison  while we were sleeping in the tent.  I had a fun time on that camping trip.”

“Remember when you won that medal at the Bible Bee? Wasn’t it nerve wracking getting up there in front of all those people?  But you did it and won!”

Logan hates to draw.  We would play pictionary but always make sure he was on a team with someone who drew well.  We would expect him to draw one or two then hand it off to the better artist.

A family jigsaw puzzle is a great task to converse over as well as work on making postive  memories.  We had to start with just putting 2 or 3 pieces together then letting him go.  I would continue to put pieces together while talking out loud about how much fun it was to be doing it.  Sometimes he would come back to join me but sometimes he didn’t . No pressure either way.

I hate the crowded monorail.  It gives me great anxiety.  Then I remembered that it’s a short ride to the Magic Kingdom where there is lots more room to move around. That helped me to control  my anxiety throughout the ride.

My favorite part of that movie was  when the ship blew up. It reminded me of that other movie we saw at Christmas.

As you can see, it’s a crucial skill.  This particular skill needs to be honed on an on going basis as well.  There will come a time when it clicks . You won’t be working on it forever.   You will be so grateful that you spent the time cementing this skill. It will serve your child well on future skills. 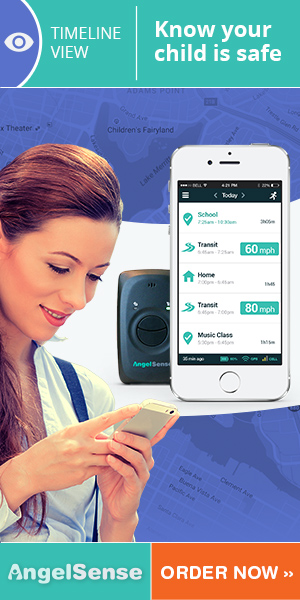