Ever wondered whether to have a second or third child after having a child diagnosed with autism? It can be difficult to think about it when you have the challenges in front of you, but many parents have had other children and found out just how rewarding it is to have siblings for children with autism. Here are some of the thoughts they’ve shared on the topic. 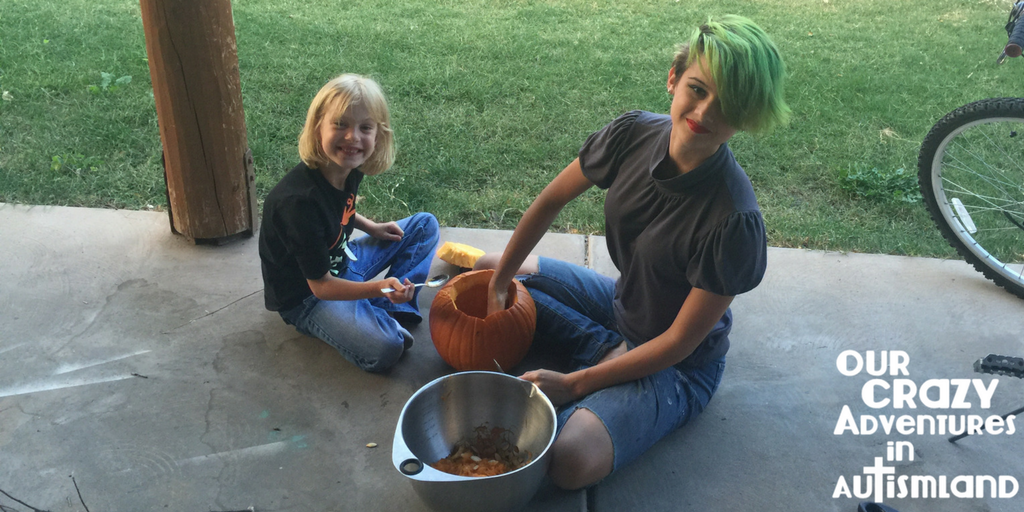 Becoming natural caregivers, siblings of children with autism are enriched by the experience.

Hope says, “These children are natural leaders and/or caregivers. The sibling is a re-direction for them… a re-focusing of energy that would have otherwise been spent on what they were compelled to do, feel or think. Once these kids get into their natural caregiver or leadership roles, personal development seems to come quickly.”

Kristina follows up by saying, “Hope said what I was going to. Also, For us, [my child’s] sisters help her learn interactions that don’t come naturally. And having an ally that accepts and loves her.”

“I have a 6 year old son with ASD and a 16 year old daughter. She’s very attentive, steps in when I don’t even ask for her to. He loves her to pieces and she was the first person that he decided to talk to. Now if she’s gone for too long he asks Mom where’s my girl,” says Steph.

Siblings of children with autism make for great models of social interaction.

“For social interaction,  I think my son would retreat into himself too much without his sisters around. Our situation is slightly unique because he is a twin and his twin sister forced him to do things with a lot when they were little! Now they are 14 and daily life looks different than when they were younger, but the advantages of having siblings around are still present,” says Melinda.

Lorrel agrees, saying “I have a 18 year old ASD son. His older brother (5 years older) patiently guided and protected him while encouraging him to interact socially with others. He also helped teach him to be independent and to try new things even when he didn’t want to do so. His younger brother (age 17) is his best friend. As the younger brother is very social, he encourages my ASD son to be part of that facets of his life. This has forced him to learn to interact socially with his peers and other people around him. As the youngest son is not rigid in the way that he does things, he has encouraged his brother to be more flexible in his outlook on life. Both brothers have enriched our ASD son’s life in remarkable ways.” 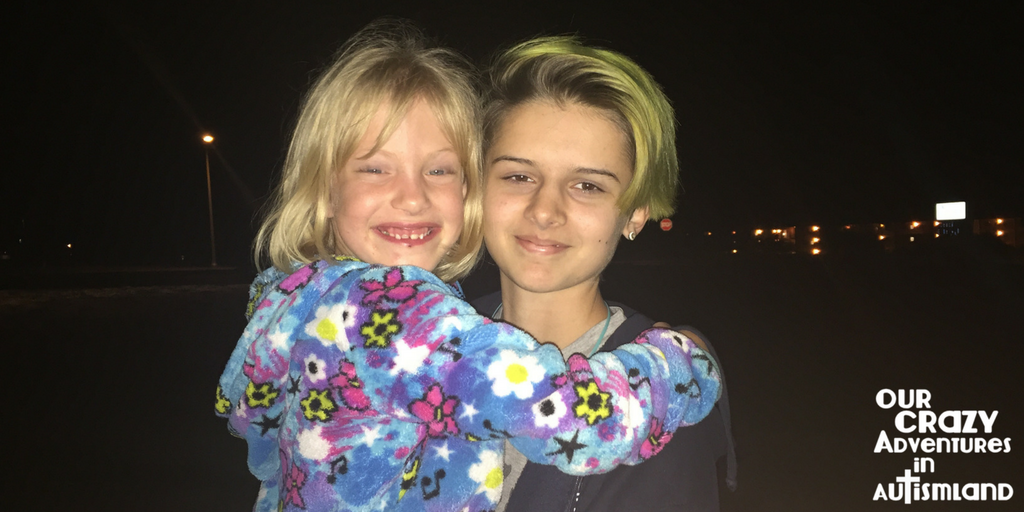 Siblings of children with autism can become great protectors of their brothers/sisters.

Heather says, “I have a 9 year old NT child and an 8 year old child with ASD. It makes life easier because his older brother is very protective and patient and he is always looking out for his brother. It eases my mind that If I ever leave this world he won’t be alone.”

“Even with documentation of ASD ,I found that school officials seemed very skeptical of its relevance and would imply different manifestations of his disorder were due to bad parenting or something ominous happening outside school. Then our neurotypical daughter started school, and they experienced the drastic contrast. Because she is so ‘normal’ and ‘well-behaved’ being raised under the same variables, it’s like she validated and helped prove that our son was actually effected by his ASD, and that it’s not just a case of crap parenting.” says Lydia.

“Sibs are the best examples,” says Billie. “They are safe havens (especially when our kids with ASD get teased, bullied, or just left out at school or in the community.)”

If you’re considering the benefits of having another child when you have a child with autism, these thoughts should help put things into perspective. Having a sibling with autism makes the other child a natural caregiver, a way of social interaction, and a natural protector. In short, they are a blessing and the benefits go both ways.