How we used RDI to teach our child with autism how to ride a bike. A well known fact about Logan is that he has no muscle tone. I mean none. Not low muscle tone. We are talking about none. It’s a common disorder in children with autism called hypotonia. Biomedically, we are treating it as well as  finding ways to work on it physically. Logan has always hated the bike. He feels incompetent in it therefore he it isn’t his first choice of activities to do. But it has long been a source of sadness for Michael that he can’t ride a bike like his typical peers. Enter RDI . 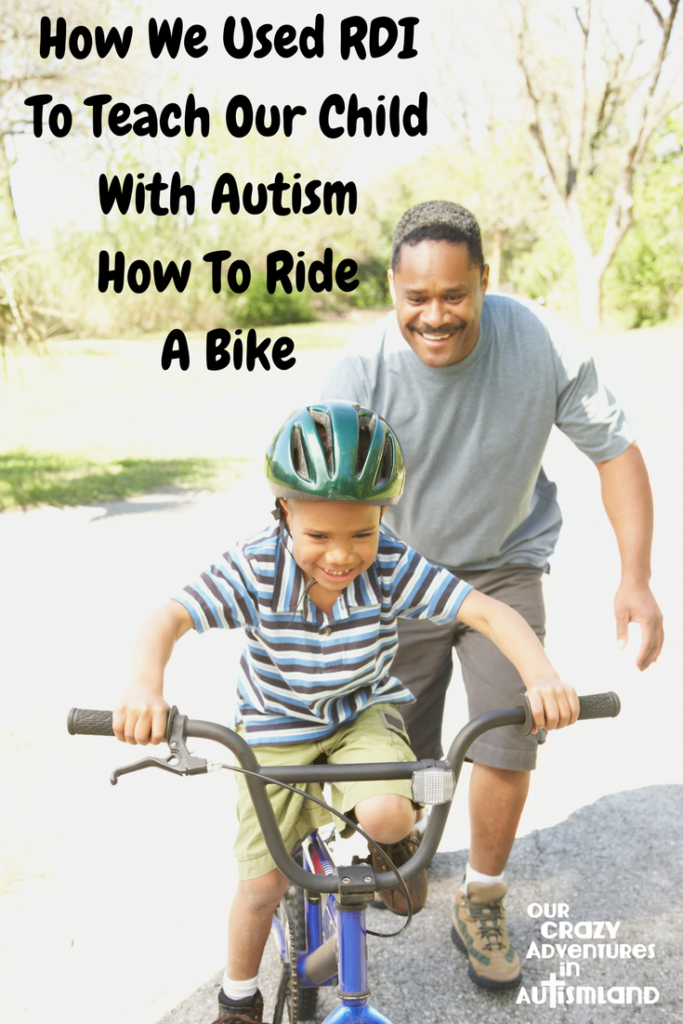 First, we talked about how great it is to ride bikes together. Michael told him stories about how he used to ride his bike everywhere as a boy. Logan loves to hear story of Uncle Brian moving the ramps on Michael causing him to crash face first into the dirt. We talked about how he could not only bike with Michael and I but with Madison as well. He liked the idea of being in charge of a bicycling excursion with her.

Then he got a bike for his birthday from his cousin. It was not the best gift in all honesty. No training wheels or helmet meant he couldn’t use it.  My sister knew that when she allowed her daughter to gift it to him. I was determined to make it a usable gift for him despite her ill intentions. We began to talk about it on a regular basis. What would he like to do on his bike? Where would he go? Could he use it to walk the dog? What were his fears? The last one was important information that  we needed to know in order  to scaffold the activity. 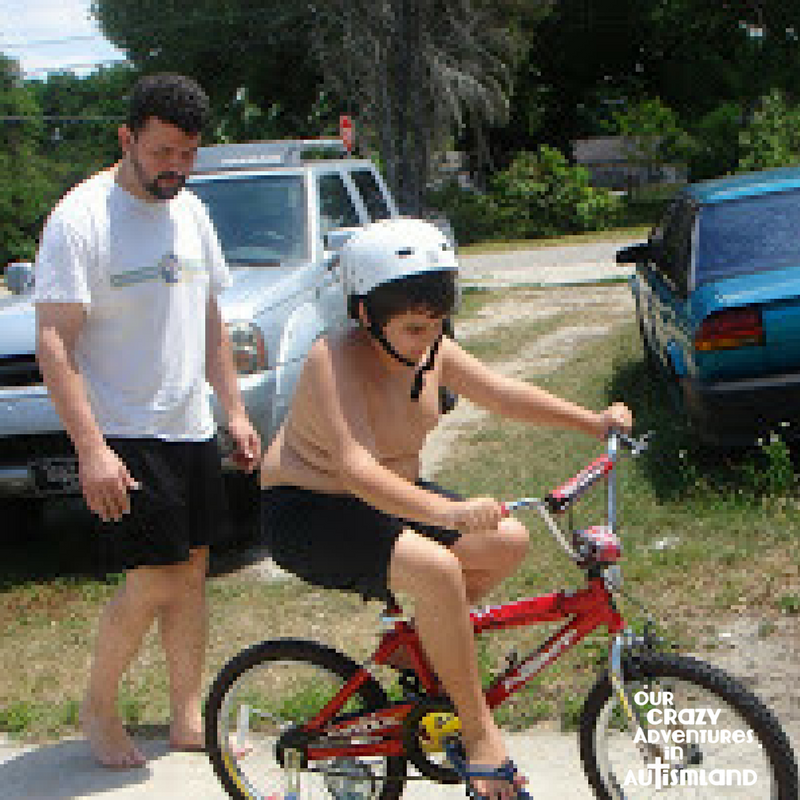 For Easter we got him training wheels along with a cool helmet. Michael and Logan installed the training wheels together. Logan wore his helmet around the house to get used to it. We continued to build excitement by getting Madison involved in telling him how great it would be to ride around with her. The two of them play so well together that he truly wants to do what she is doing. This enables us to use her to encourage him to do things he may otherwise be fearful or apprehensive of doing.

After many weeks of trying while under Dad’s watchful eye, Logan began to get the hang of it. The end goal was always  to get him to try it out successfully.  He’s really too big for training wheels but who cares? We are here to make him successful in any way we can. Will he ever progress to a bike without training wheels? Only time will tell.  The point was never to get him to ride the bike. It was always to get him to try something that not only scared him but that he found difficult.  Mission accomplished.