What a child with autism who feels competent looks like  is happy and successful. That child will seek you out to join in activities. He will work at the interaction to make it a success. Most importantly, he will exude a confidence that you can not buy and others will notice. Let me show you a prime example of  a confident and competent Logan. 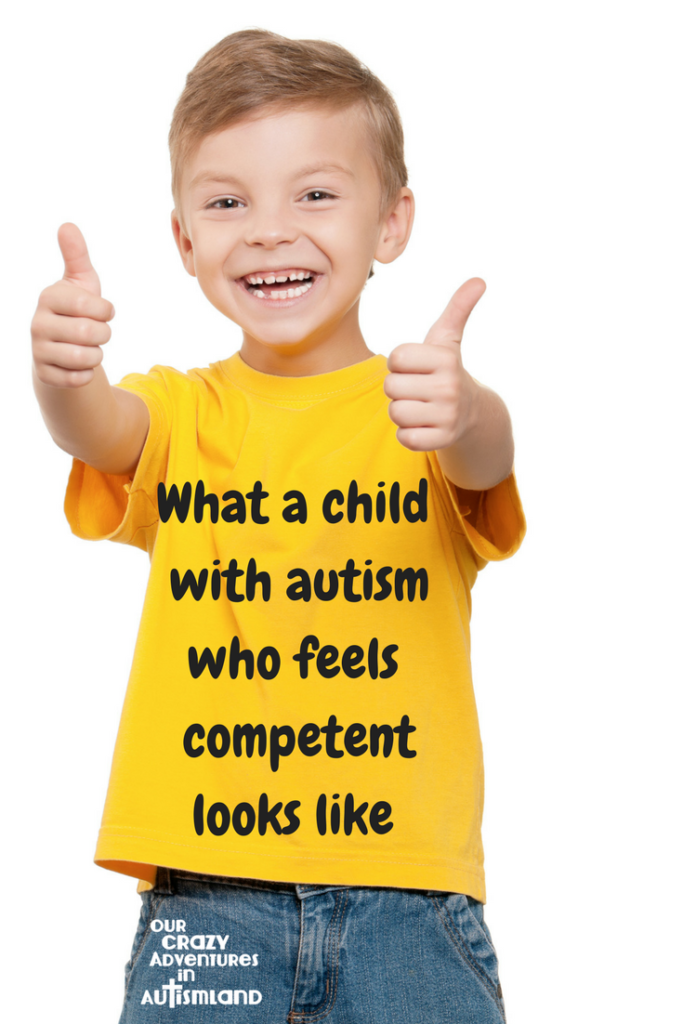 Logan and Michael went camping  with the RA boys from church. I thought that it would be fun to send them to get some father/son bonding done while I hosted a party at the house for my nephew’s graduation and my niece’s birthday. It was decided that all the festivities would be entirely too much for Logan to navigate. When the camping trip was announced, it was decided it would be a perfect getaway for them. Don’t forget that trust is a big factor in competence.  Logan trusted that I would not put him in a situation that would be overwhelming to him. Who knew that God had arranged for Michael to witness growth in Logan.  I am sorry that I missed it but extremely happy that Michael got to witness it firsthand. Michael missed out on a bunch since he works but he always makes time to work with Logan. If you were curious as to what a great father looks like then look no further than Micheal.

One of the activities was a scavenger hunt. I hate it when there are teams to pick as it reminds me of Logan’s lack of friends. This is Logan’s scavenger hunt team. Not only did Logan get to be the team captain but 3 other boys wanted to be on his team. They actually asked to be on Logan’s team! It gets better. His team won!!! What a fantastic episodic memory not only for Logan but all the other boys as well. They all won $5 in McDonald’s gift certificates each (Michael too since he was the adult leader). After camping, he & Michael went to eat lunch. 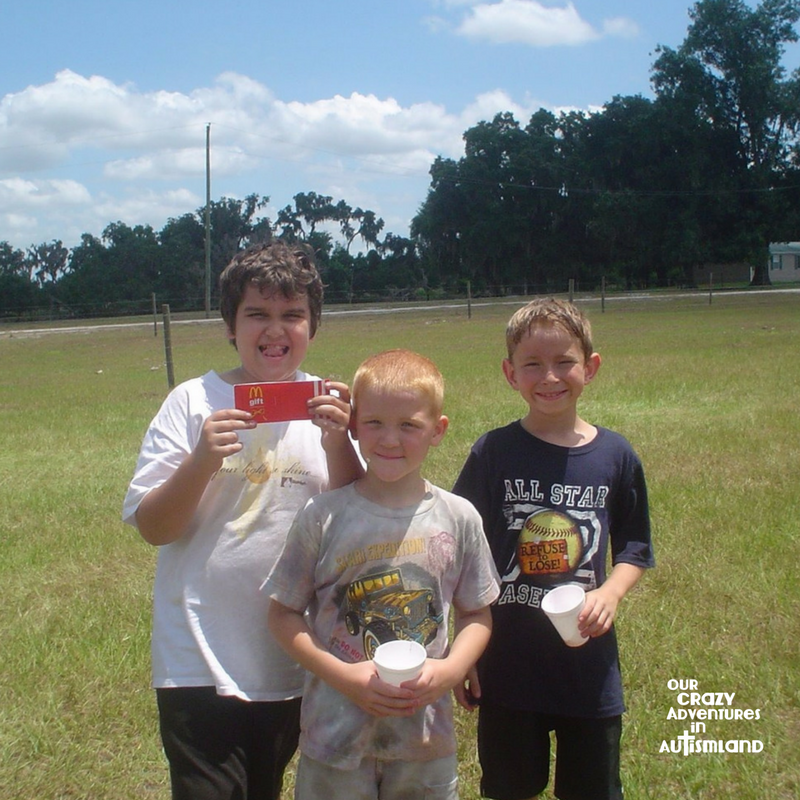 Then it was off to Hollywood Studios for Star Wars Weekend. Logan loves Star Wars so we thought that it would be a great reward for keeping it together at camping. It was a great reward but turns out he didn’t need it. He had a blast camping! You can’t know that in advance so it’s always a good idea to have a preferred reward for afterwards.

While there, Logan decided that he wanted to go through the “Honey I Shrunk the Kids” play maze. We have been to Hollywood Studios  a thousand times and he has NEVER wanted to do it. He doesn’t like the climbing plus the need to navigate the social cues at the same time. We have never forced him to go on but he does have to wait for Madison if she wants to play. Luckily, his confidence is so high right now that he is happy to try new things.  There is nothing better than to watch the true Logan emerge from the prison of autism.