Using Obsessions To Your Advantage While Homeschooling With Autism

Using obsessions to your advantage while homeschooling with autism can take your child’s learning to a new level. Children with autism can get some pretty hard core obsessions. They can become hyper focused on an item moving it from an interest to an obsession. Logan has obsessed over dinosaurs, trains, Pokemon, Star Wars,gardening, and most recently, reptiles. As he has matured , his obsessions have evolved although with the exception of trains, they  have also remained the same. We have been able to customize his coursework to incorporate them into a potential livelihood for his adult years. It is certainly out of the box thinking but what isn’t in autism? 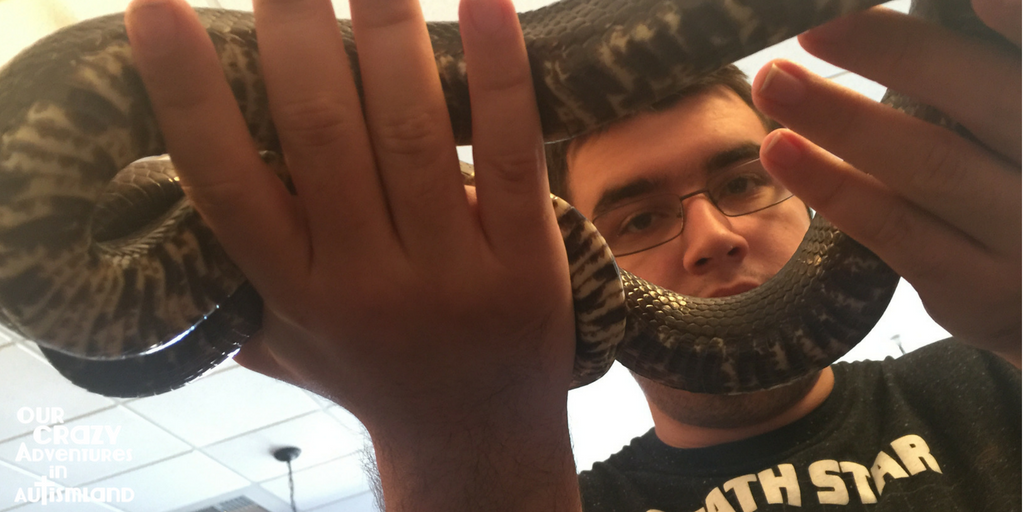 Early in our homeschool journey, we used his obsessions to enter his world with him . In the dinosaur obsession phase, we read books about dinosaurs,  watched movies and documentaries about dinosaurs, and played dinosaurs in every interaction we made with him. It wasn’t getting him to do something for us. It was all about getting him to trust us to take his interests important. As trust was built, we reintroduced academics slowly by using those same dinosaurs to count math . We colored dinosaur pictures together to work on fine motor skills.  We did all of this to show him that learning could be fun. If it got him to pay attention as well as participate in the lessons , I was all for it.

You can keep your curriculum in tact while incorporating the child’s obsessions.  I am not ashamed to say that I enticed Logan to finish his science with the promise of a rousing game of dinosaur attack.  If you are learning geography , encourage the child to find out what trains do in that country if that’s up his alley.  Want to encourage prompt work?  Make a small treasure chest with little trinkets relating to the current obsession  and let him get one at the end of the lesson.  We use one of the drawers in our stand up filing cabinet.  In the beginning, we had two sections. One section was for finishing daily work with the other one held bigger prizes for finishing the entire week.  After he progressed developmentally , we were able to back away from the daily prizes to just giving prizes for finishing the weekly lessons.

Some obsessions can be certainly be turned into meaningful career choices.  If your child likes to draw , he could be an artist or an animator at a big movie studio. Where do think the Imagineers at Pixar or Walt Disney Studios got their start? Logan loves gardening.  He could spend hours in his garden.  He pours over the gardening magazines and seed catalogs so long that they are worn out .  Dog eared does not begin to describe those poor tattered pages.  But you know what?  People pay big money for personal gardeners.  In our area,  Walt Disney World  hires many gardeners as well as  botanists for their parks.  Logan could easily make a living in this field.

A  field trip to our local botanical gardens reminded me that his obsessions could serve him well in adulthood.  Logan reads at all hours of the day and night about his obsessions.Those books give him lots and lots of facts about all sorts of different things. He could also easily be a docent in a museum or work in a botanical gardens giving tours as well as working with the plants.  This particular garden has koi fish as well .  Fish and plants would be one of  Logan’s dream jobs. 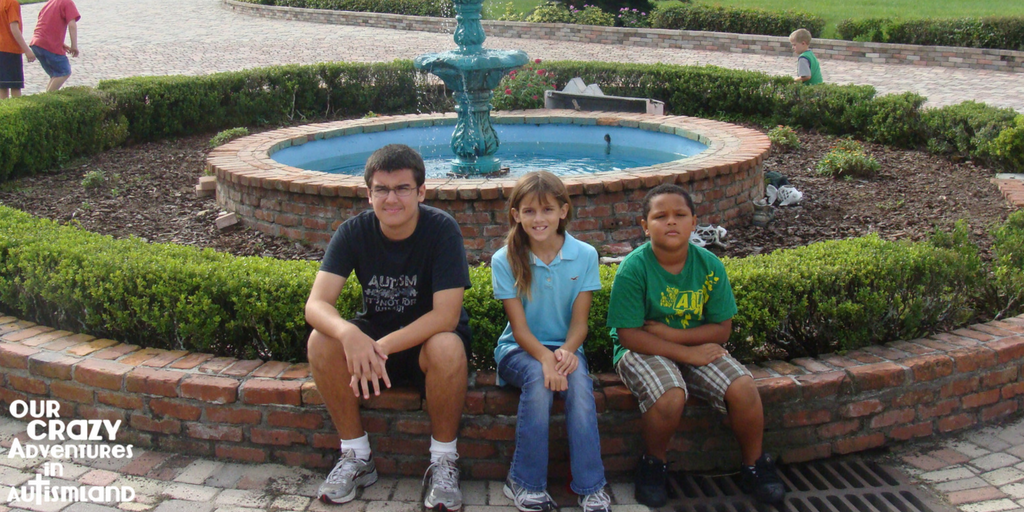 The first part of the tour was all about the gardens and what plants were and did and how to take care of them.  They got to taste stevia leaves, learn about berries that make you vomit and look at the koi fish.  Logan was extremely attentive staying with the group the entire time asking questions as we went along.  He certainly added another element of information to the tour with the docent referring to him for answers on occasion.

The second part of the tour was Mr. Stacy. He walked us around Lake Mirror talking about the history of  Lakeland.  All facts but presented so well.  Logan could do this job as well.  He could certainly spout the facts ( remember Cliff from Cheers?  That’s Logan)although he would have to work on presentation.  Drama is not his thing.  Part of what made this tour so interesting was the character put into it by Mr. Stacy.  Logan could do it but it would be harder for him than say the botanical gardens job.

Logan’s  love of reptiles is an evolution from the dinosaur phase.  He can certainly do what lots of people will not do which is handling the snakes and lizards. We let him have snakes of his own so he could become comfortable handling them as well as learn about them hands on. Zoos will hire herpetologists quickly. Because it’s a field with low competition, companies will be more likely to overlook the quirks that autism can bring.  We were able to customize his high school coursework to include lots of science that he needs to pursue a zoology degree.

I hope these examples help you to see that obsessions can be used to your child’s advantage.  Now when Logan was knee deep in dinosaurs, I couldn’t see it.  All I wanted him to do was find something else to talk about or play with . Be patient.  Keep cultivating your child’s ever expanding interests.  The dividends will pay off in the end.