Using Hippo therapy WIth Your Child With Autism

Using hippo therapy with your child with autism helps you to more therapy in while the child is having fun.  They are so focused on having fun on the horse that are more apt to participate in speech or occupational therapy.  Another great therapy in our toolbox. 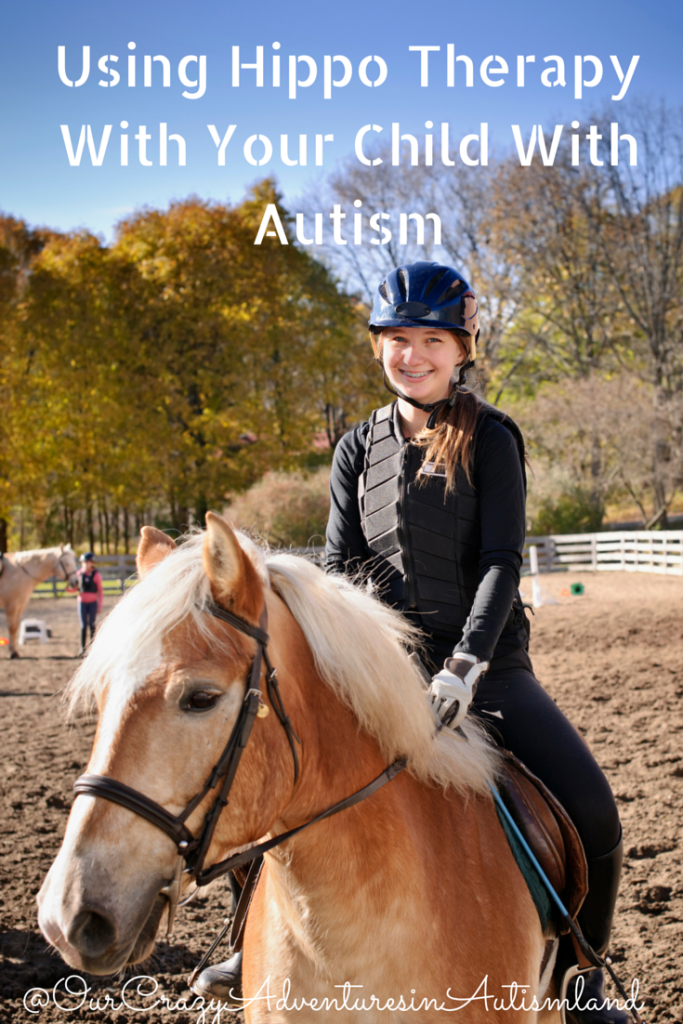 Logan loves to hear the story of me leaning over to Michael during an autism meeting and asking “Where’s the hippo?” The speaker was extolling the benefits of hippotherapy for children with autism. My ignorant self didn’t realize that hippo therapy means horse therapy in Latin. Yup, it’s his favorite story to tell when he tells someone about horseback riding.

We were blessed to learn of a local therapeutic horseback riding center. I say blessed because this particular center does these lessons for FREE! Yes, I said FREE! Most centers charge upwards of $150 per 6 week session. That is just something that we were unable to afford. I knew that Logan would love it as he really loved being around the horses when we toured the facility (the charging one not the new one).  When a fellow Sunday School member forwarded an email to me about a center that her sister in law was starting, I about fainted. It was a total God thing.

Cindy at Liberty’s Gait has been nothing short of phenomenal with Logan. She contacted me beforehand to ask about Logan as she had never had a child with autism in her program. Usually, this throws up red flags. People unfamiliar with autism sometimes have a hard time understanding why kids with autism do different things. You have to keep a keen eye on sensory issues especially with animals, Logan often hears high pitched noises that others don’t hear and certain noises and smells really bother him. For example, he has gotten used to the hum of the fluorescent lights in Publix but he prefers to not spend long amounts of time in the store.  I, on the other hand, can’t even hear the hum. When we are shopping, I have to keep a close eye on him and look for signs of fatigue and overload. Same thing with horseback riding. One thing I was thankful we worked on was him giving me a signal when he’s met his limit. 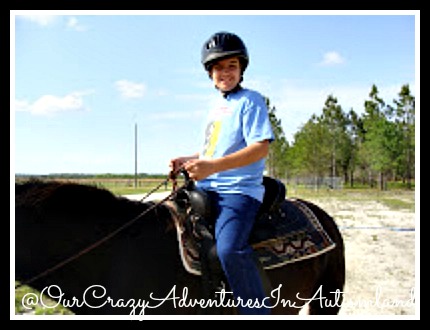 Logan took to Cindy and the horses like a duck to water. Cindy is such a sweet spirit and is so caring that Logan really likes her. Special needs children especially can tell when someone is faking it. Logan knows that Cindy truly cares for him. He feels comfortable with her and trusts her implicitly. She pushes him just a tad past his limit but always makes him feel like he is the best rider in town. Everyone at the program cares for him. Her assistant, the beautiful Jenna,  suggested that we take pictures of his hands with the reins to help him memorize how to hold them. She knew Logan had an excellent memory since he is always telling her obscure facts about things he knows. You gotta love anyone who can listen to Logan talk about Alexander the Great for half and hour and not run away screaming.

Logan took the first couple of lessons to get used to the horse. He was so scared. Even though he was scared, he trusted us and with help got on the horse. 6 months later, he mounts and dismounts the horse effortlessly without the use of the mounting stairs. Courage is admitting you are afraid but doing it anyway. I have never been more proud of him. 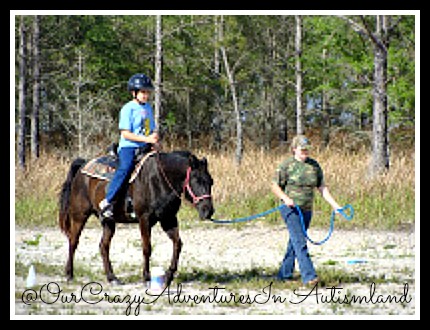 Hippo therapy works on many things. It helps his core as he has to sit tall in the saddle for 30 mins or more. It helps with balance as he has to keep shifting his weight. There are many stretching exercises as well as  games that they play that work on different muscle groups. Think of it as physical and occupational therapy on a horse. He has so much fun at it that he doesn’t even realize that he’s working at anything. For a brief time, he’s just a boy and his horse. I couldn’t ask for anything more!

You could also use this time to work on speech as other children do in the practice.   Cindy has often used this time to work on 2 way conversations with Logan. I have witnessed her also work on articulation as well as other speech sounds .  The kids are having so much fun that they don’t even realize they are working.

One thing I have learned out of this adventure is to use whatever means necessary to get therapy done.  If I can disguise it as fun then all the better.  I count this as nature as well as PE for his high school transcripts.  If he helps put the horse up then it counts as community service.  If the child is working hard then he absolutely deserves credit.  Be creative if you must.

For more therapy ideas check out my Pinterest boards. 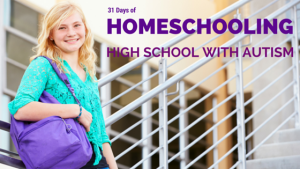 Find out what the other 26 bloggers are talking about! 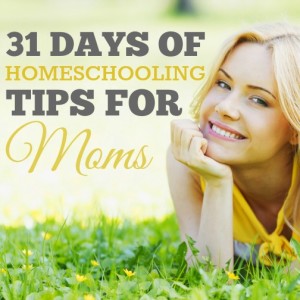