Touring NASA with Apologia Sciences was one of the highlights to my recent excursion to Ohio.  I’m glad I made the plans to attend before I moved cross country.  If asked when I arrived, I would have probably declined as the thought of sleeping late was so appealing. As it was, I had already committed to the tour.  No sleep for the weary right? 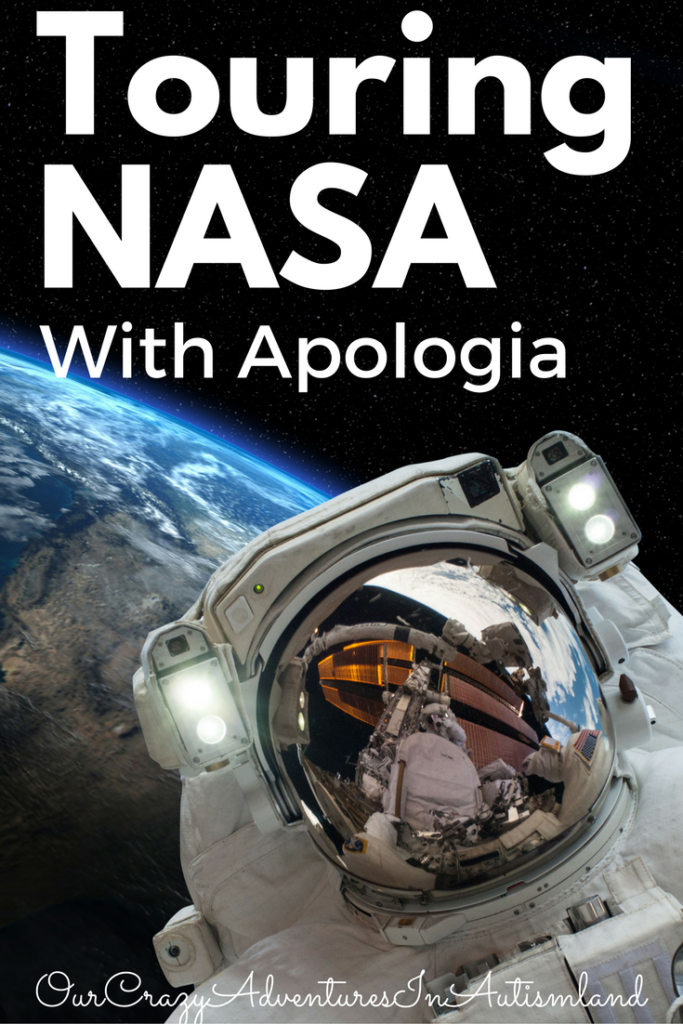 Apologia has a phenomenal homeschool science curriculum as well as other products.  I was excited to attend an event with Rachel , Director of Science for Apologia , as well as Michelle, Director of Marketing and Events for Apologia. Both ladies are super smart in addition to being super sweet. They really listen to their customers and care about their opinions and ideas.  They want their products to be the best they can be in addition to being the most up to date textbooks you can purchase. Who better to update their astronomy curriculum than a NASA scientist?

In full disclosure the NASA scientist is also Rachel’s brother.  I imagine their holiday discussions are probably too smart for me. Seriously, they are both wonderful albeit far smarter than me people. Rachel spoke at the closing sessions of the 2:1 Conference about how important it was to her to make people see that God is interwoven all through science.  You can believe in God and believe in science at the same time.  He is the God of all of it. 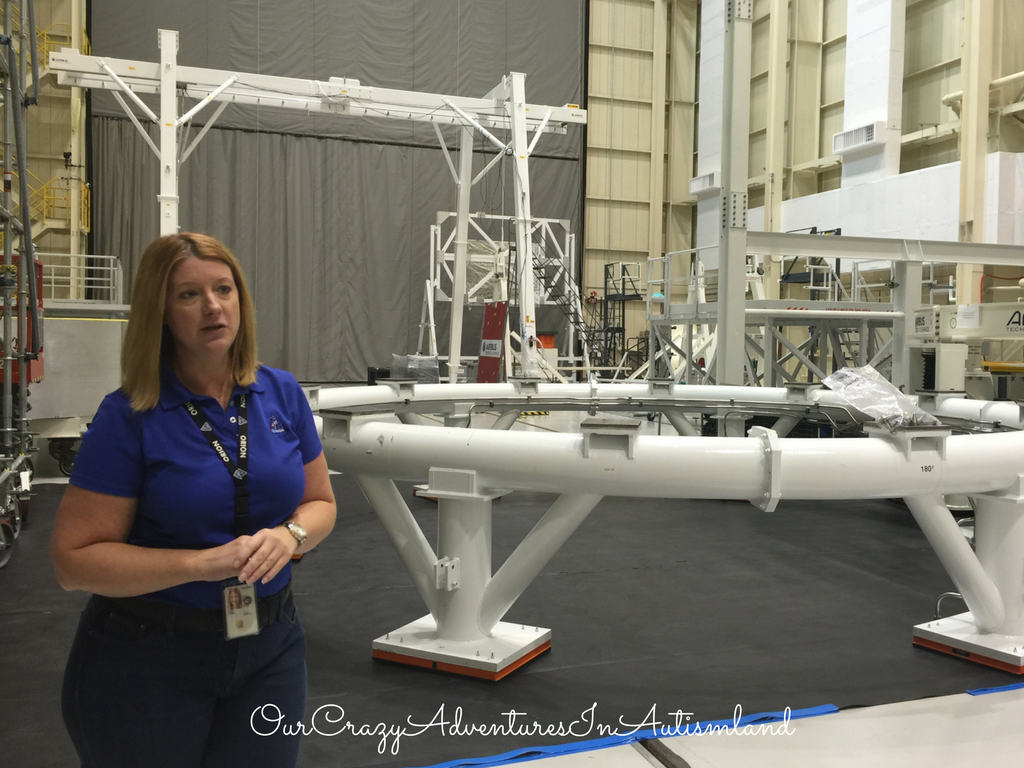 Upon entry, we were warmly greeted as well as given a short synopsis of what we would be seeing. This particular facility has three main areas: an unloading dock where the items are put together, an zero gravity vacuum chamber , and a sound chamber . The item is put together on a movable platform then moved directly into the other 2 chambers before being brought into the first chamber again for disassembly. It was fascinating to see as well as to hear about what space items had been brought through these chambers.

It was in the first chamber that we learned that a portion of the Avengers movie has been filmed at this location.  The NASA scientists had some great stories to tell about the stars of the movie.  They were as excited to tell us all about it as we were to hear it, I think. 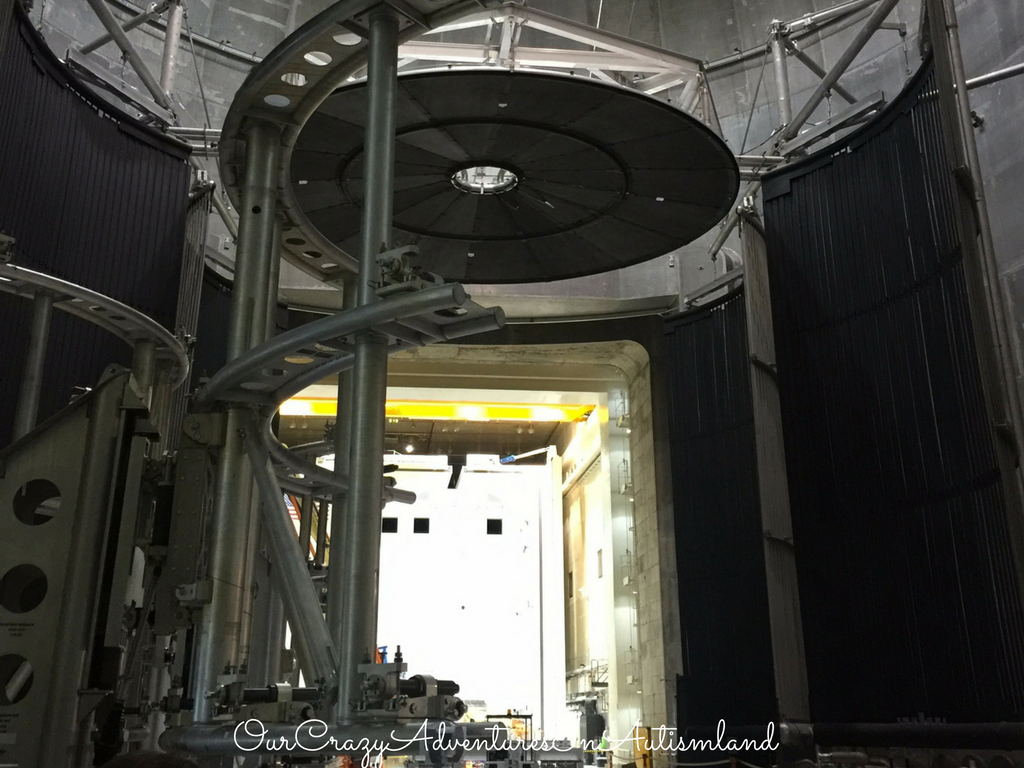 After learning how the movable platform worked as well as some of the items that they had received, we transitioned to the vacuum chamber.  It’s the largest one of it’s kind in the world.  When built in the late 1950s to early 1960s, it used up 80% of the nation’s aluminum supply.  To put it in perspective, it took 2 million soda cans to build this chamber.

The black cryoshroud fills with gaseous nitrogen to make the chamber either really cold, up to -250 F or really hot, as in the surface of the sun. Underneath the chamber there are 88 concrete poles to help stabilize the chamber when it shrinks from the absence of air inside it.  The purpose of this particular chamber is to simulate the effects of space on the shuttles or other items. 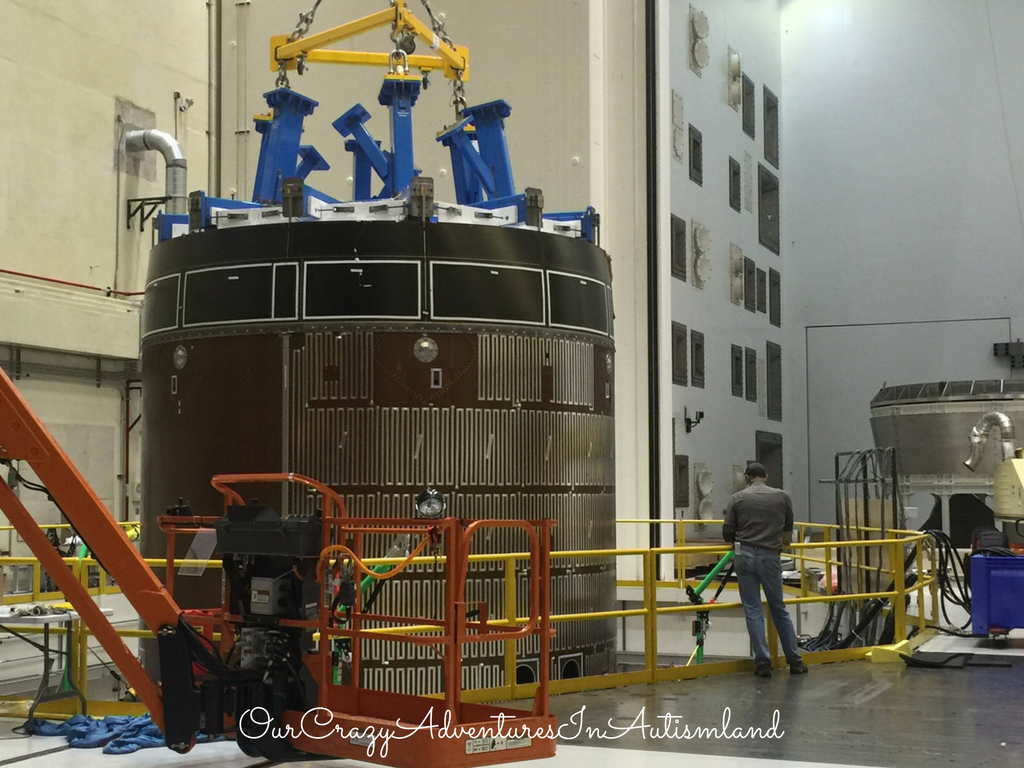 The next room is split into 2 sections. There is the vibration table that weighs 125, 000 lbs and can do up to 4 million pounds.  The actuators for this table go all the way into the bedrock to be sure there are no earthquakes. The windows in this area are 3 feet thick.  They used to have oil in all of them so you could see into the chamber for nuclear testing.  Although the facility was built for that, they never tested anything nuclear here. All but one of the windows has had the oil removed from them. 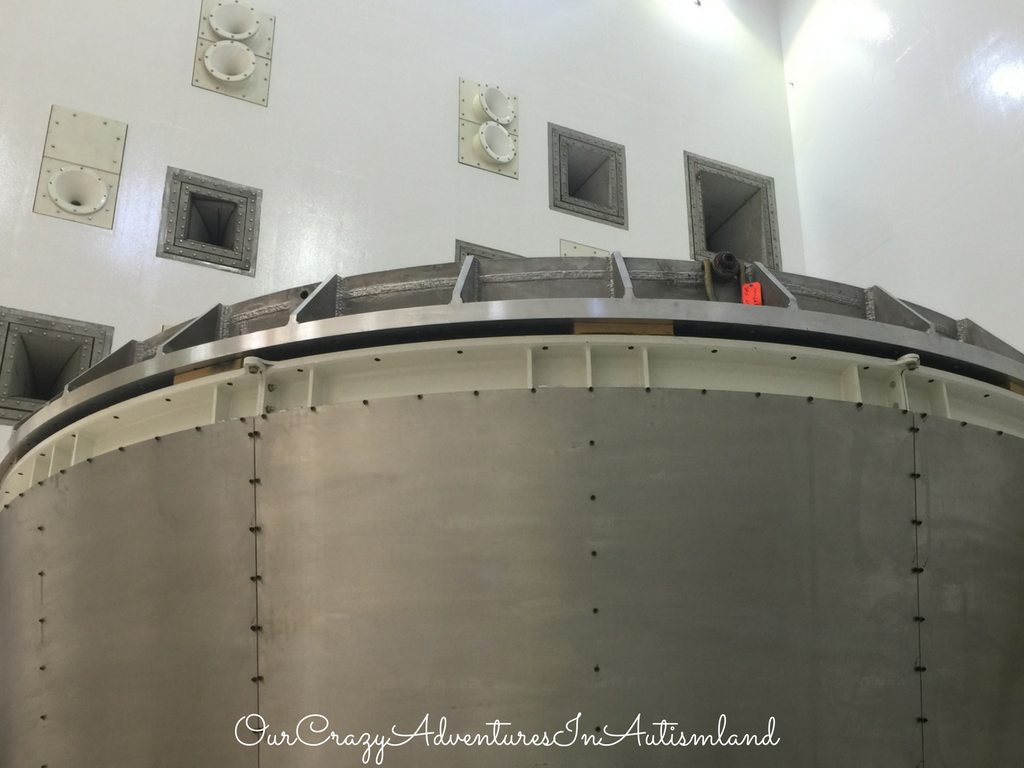 Next to this chamber is the reverberation acoustic chamber. This chamber is pumped with gaseous nitrogen as well then sound waves are pumped in at astronomical levels.  At 163 decibels , your body would liquefy in seconds. This chamber is used to simulate rocket launch and there is nothing like it anywhere in the world. The sound and energy waves were so intense that the piping broke lose so it needed to be reinforced.  Only LED lights can be used in this chamber as it would break any other bulbs. 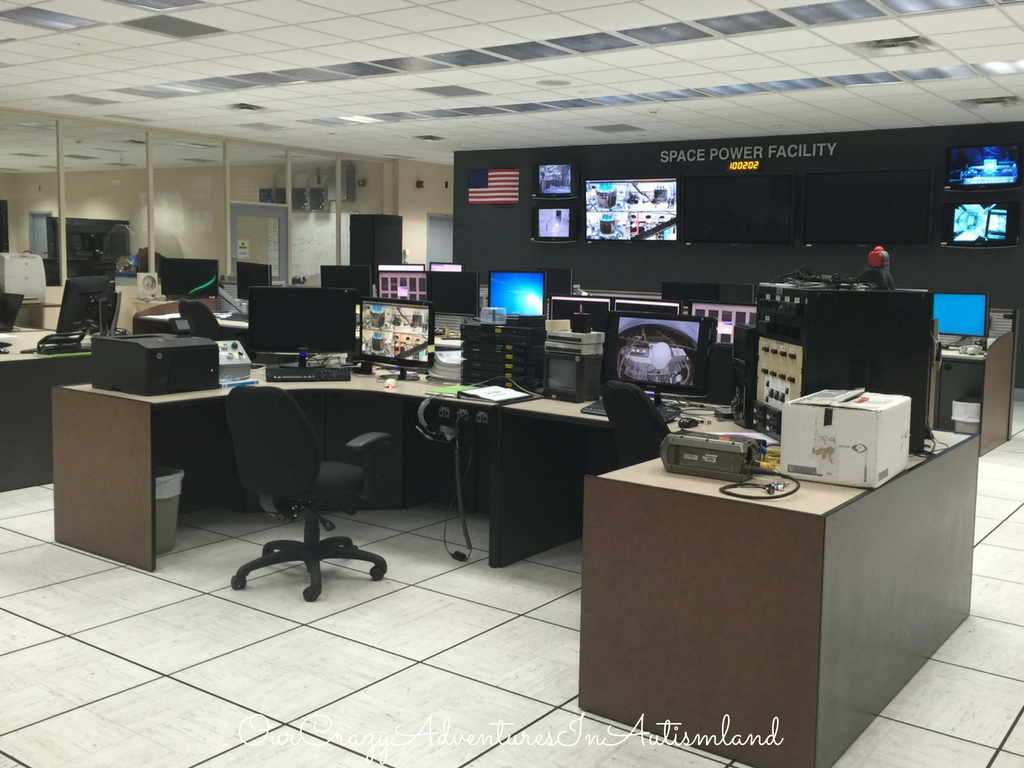 This facility was so fascinating.  We got to see the control rooms where they gather the data as well as hear about some the actual experiments that have been done there. It was at this facility that the Mars Rover was tested before being launched to Mars. The tv show, Mythbusters, has routinely paid to use their facilities to debunk or prove their myths.  Lots of neat things transpire here now that the space program has been minimized in our country. While not open to the public to tour, it was inspiring to hear from actual NASA scientists. Apologia’s attention to detail in their curriculum is outstanding. Their commitment to bringing the best as well as most current information into their studies makes them my go to science curriculum.