When we made the decision to pull Logan out of public school near the end of the second grade, he was a wreck.  Emotionally spent from trying to keep up the public school pace as well as navigate the social nuances of his same age peers.  Peers that he was not at the same place developmentally.  He would come home and retreat into his world of autism just to get away from all the expectations.   It was abundantly clear that academics weren’t going to happen without going back to fill in some gaps.

We had just started seeing a RDI (Relationship Development Intervention) consultant.   When we arrived for our weekly appointment, I asked her for some tips on how to get Logan to “do school”  at home.  Her response floored me.  She simply said “I wouldn’t.”   Her theory at that time was that Logan felt extremely incompetent when it came to academics.  He would balk at doing anything simply because he didn’t feel like he could do it.  Our time together would be best spent just hanging out together while working on our master/apprentice relationship.  After much discussion between her, Michael, and myself, we decided that it wouldn’t hurt to call it a school year since it was March.  Our intention at the time was to pick academics back up in September.

The next few months were beyond amazing.  For once, I felt like I could see my child underneath all the haze of autism.  He didn’t retreat to his room quite so much. He would come out for short spurts to play games with me and Madison.  As he continued to progress in RDI, it became apparent that we needed to fill in some major gaps developmentally before we could do academics.  One can not attend to math problems if one can’t sit still long enough to look at them. One can not listen to a book being read if one can not filter out the other noises in the room first. One can not join in science experiments if one can not be around other people for an extended period of time. You get the idea.  By going back to fill in the developmental gaps, we were able to open up a whole new world of learning to Logan.

One year turned into two years as the three of us (myself, Logan, and Madison) spent our days hanging out together.  We explored things that interested us, played games together, and spent loads of time on field trips and playing outside.  I watched my child with autism bloom before my very eyes as well as learn in a way that had been foreign to him.  Two years later , as we began kindergarten with his little sister, he happily joined in the schoolwork making progress by leaps and bounds.  By meeting him where he was developmentally we were able to teach him what he needed to know along with instill a love of learning. Now that he is in his high school years, there is no hint of him having taken two years off academically.  Those two years made all the difference in his recovery & are among some of my fondest memories of his childhood.

Read about our journey in our ebook: Homeschooling Autism! 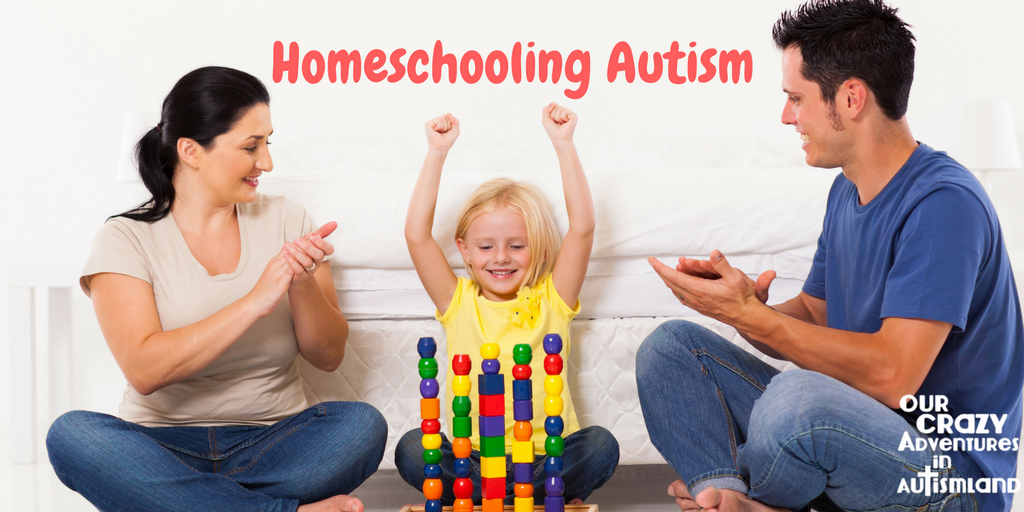 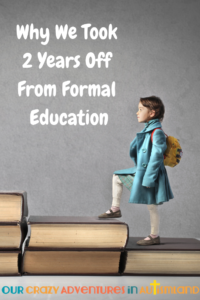