The truth about the live action Beauty and the Beast movie seemed to be topic du jour on social media when it was released. The movie opened on March 17, 2017 but the director, Bill Condon, allegedly let it slip before release that it will feature an openly gay character which would be a first for Disney. A brouhaha erupted as conservative Christian Evangelical, Franklin Graham  called for a boycott of the movie on the grounds of “the indoctrination of our children.” Having seen the movie, I believe there is nothing further from the truth.

The controversy surrounds the character Le Fou, played by Josh Gad.  If you are familiar with the animated version, Le Fou is Gaston’s sidekick; he is a bumbling idiot who will do anything for Gaston. He lives to serve Gaston. That character issue stays the same in the live-action version.  Here’s what I observed for questionable homosexual content in the movie.

Questionable Homosexual Content in Live-Action Beauty and the Beast

Apparently LeFou switches dancing partners at the end from a woman to a man.  The dancing scene is focused on Belle and the newly human Beast .  You would have to be looking for LeFou  to notice this action. 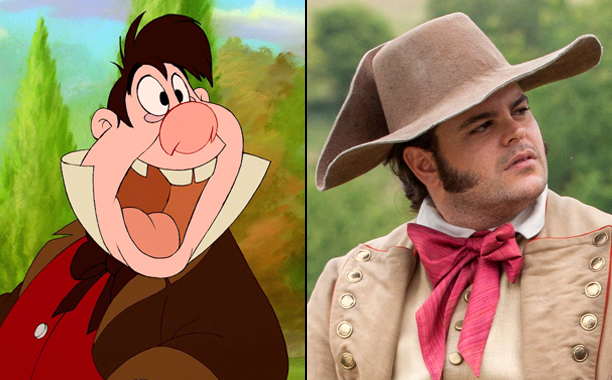 There is nothing to worry about in this movie.  The cinematography and the musical score are exquisite. The story line stays true to the animated version. It might bring up a question or two from older children about why LeFou would do all that for Gaston or why he acts so feminine. We had a great conversation about how placing hero worship on others and how that could get you in trouble. As for the effeminate, I explained it as part of the time period. Children are going to be so entranced by the talking objects and the Beast.  I believe that this movie is clearly within the PG guidelines with no LGBT agenda, hidden or otherwise. It’s a great movie that can lead to excellent conversations with your child if you allow it. It’s my personal opinion that the hype got way overblown by people looking for an agenda that wasn’t there. I’m pretty positive Disney Studios enjoyed all the attention though.