I recently had what was arguably the worst month of my adult life.  That is a feat in itself considering it was December and  I have a birthday and Christmas in that month.  Typically, it is a month of festivities with only one non birthday week in the entire month.  How could you not have fun with all that celebrating? 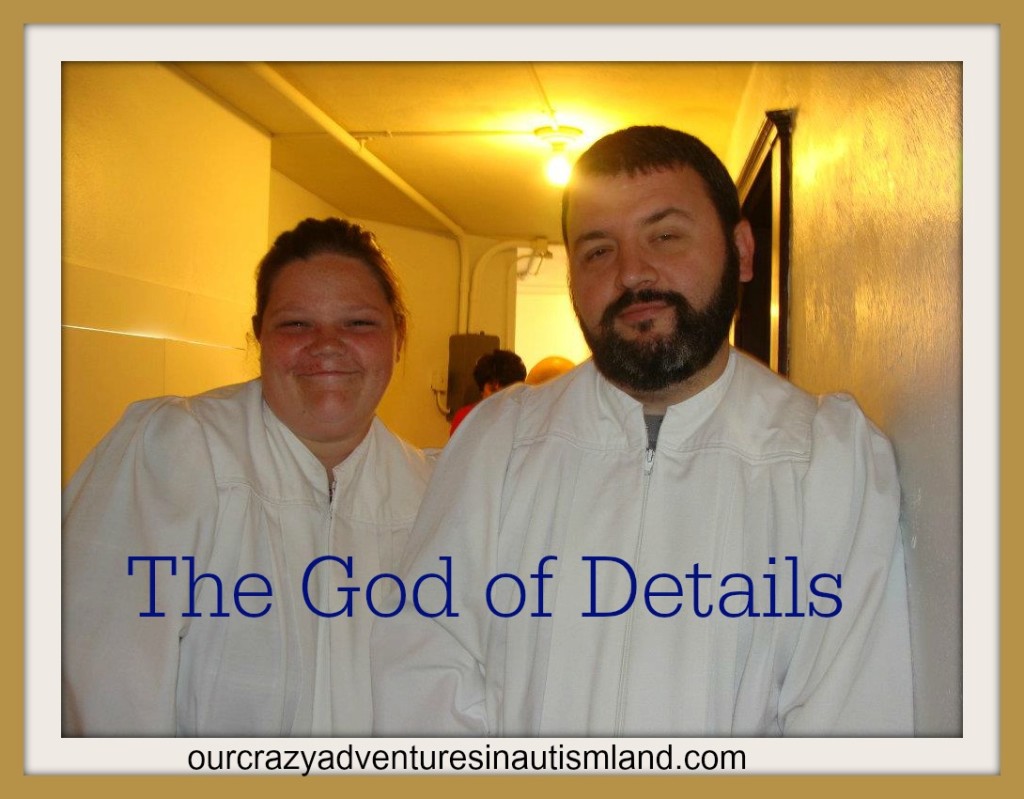 In one month’s time , I was robbed of my birthday money the day after my birthday, we were told my daughter was going blind and would need serious medical attention for her eyes, 102 year old Granny died, we attended her funeral where we had to leave early and I was hospitalized.  Yep, all in one month.  I seriously started to consider that December was not my month at all.  Like could I go to bed and not wake up until  January?

Amidst all the chaos and misery that was my December, I have never felt so close to God.  As in, I could almost palpably feel His Presence.   He decided that He would show me , little ole me, that He really cared about the desires of my heart.  He became the God of details for me this month.  Reminding me that He knows the number of hairs on my head.

Indeed, the hairs of your head are all counted .  Don’t be afraid;  you are worth more than many sparrows!

First came the birthday money fiasco.  It really could have been much worse than it was .  I was cognizant of that from the beginning.  While I was upset that I would not be able to buy the highly coveted snowman Nativity set from Hobby Lobby, I was also keenly aware that the Hand of God was on me that morning at the hospital.  As I posted on my Facebook account, I sincerely hoped that God blessed the socks off the person who took it.  Everything belongs to Him anyway so who was I to be upset that He took it back?  Yeah, this was not the position I would usually take with money but it just seemed ok in this instance.  Have you ever had that happen?  Someone took something but you aren’t really upset about it?

It was not my intention when I posted on Facebook about the money to get people to send me money.  It was to vent and to show people that it’s all His money anyway.  That really should be the attitude I always have about money or possessions.  It was made easier by the fact that I didn’t have it in my hand for more than 24 hours plus it was extra money . Money designed for something frivolous not necessities is easier to give up in my humble opinion. 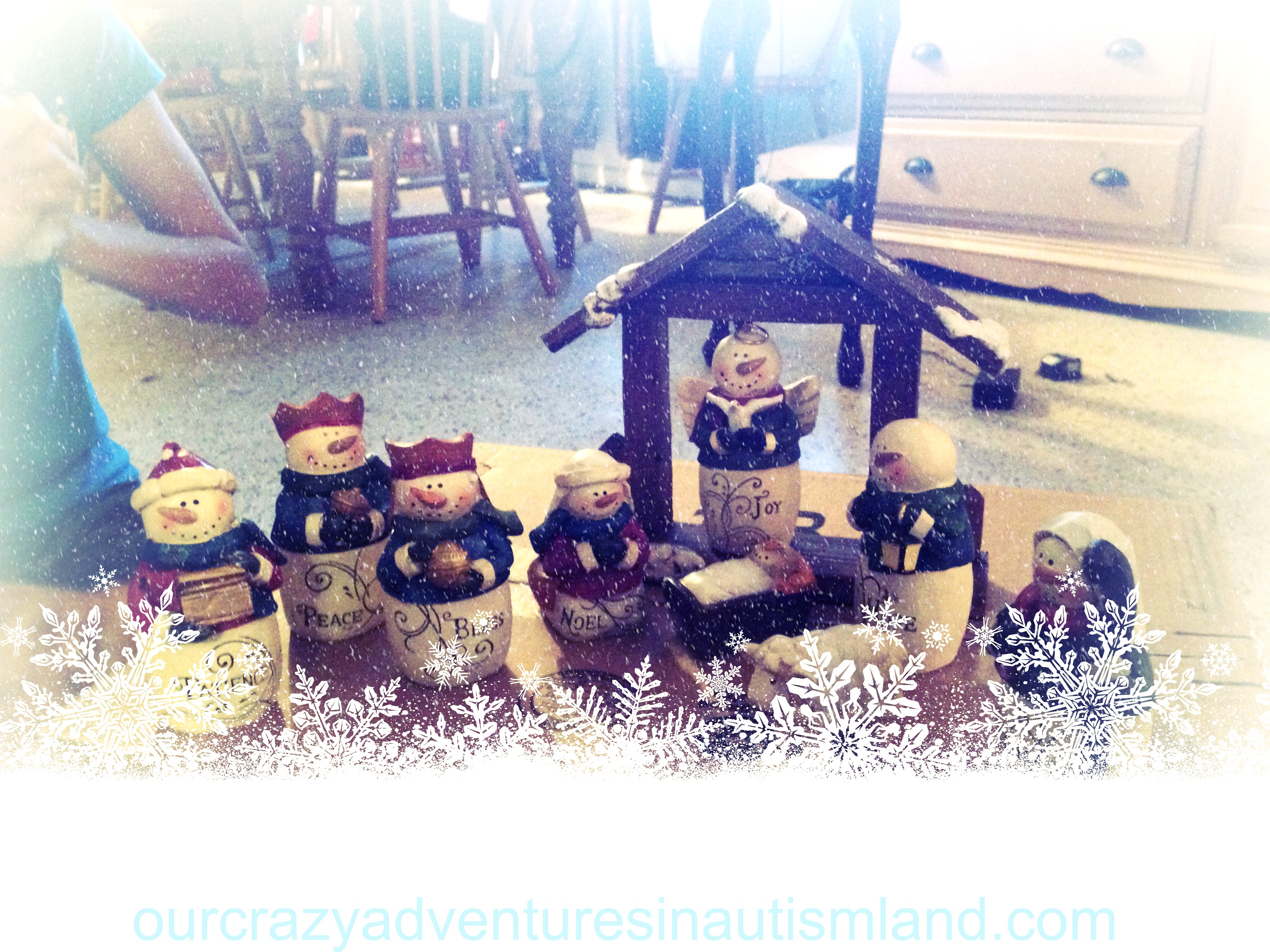 As the month progressed , I received several birthday cards with money in them.  I literally could feel the love pouring out of the cards.  Then  a dear friend stopped by with a present that brought me to tears.  I couldn’t even breathe as I opened the box to reveal snowman heads revealing themselves to me.  Not only was it a snowman Nativity but it was far better than the one I had originally wanted.  She had told her husband about what happened and he googled one to buy because they felt led by the Spirit.

What seemed insignificant to everyone else was really important to me.  He knew the desires of my heart.  It wasn’t life and death.  I could have survived without the money or the snowmen.  I didn’t fuss about it for an extended period to friends and family . I poured my heart out to God revealing my fears and heartache.  Only He knew how much I wanted that set.  While it didn’t happen immediately , it happened at the best time ever.  On a day when I needed a great big Jesus hug. That was the beauty of it. He knew that I wanted it but also when I would need it  most.

That’s the way God works. When you need to feel Him the most, he picks a minuscule detail of your life that would mean nothing to anyone else and takes care of it in such a way that it takes your breath away. He wants you to pour your heart to Him.  To cry out in your time of distress and need to only Him.  In His timing , which is always perfect, He will answer your prayers.

There were more instances of this all month long.  Things that only He could have known to take care of that were important to me.  Moments when I needed to feel Him in a tangible way to make it through the day.  I can’t wait to share all these events with you.  Have you ever seen Him be the God of details in your life?

Linked up at Fellowship Friday!