Bartering is a difficult albeit important life skill. There are often times that you can negotiate or barter a better deal with someone thus saving your family a great deal of money. It’s crucial to teach children negotiating as well as bartering skills. These are skills that will serve them well in life.  One of those life skills that are better learned under the tutelage of your parents. Who better to learn them with than your sibling who doesn’t cut you any slack? 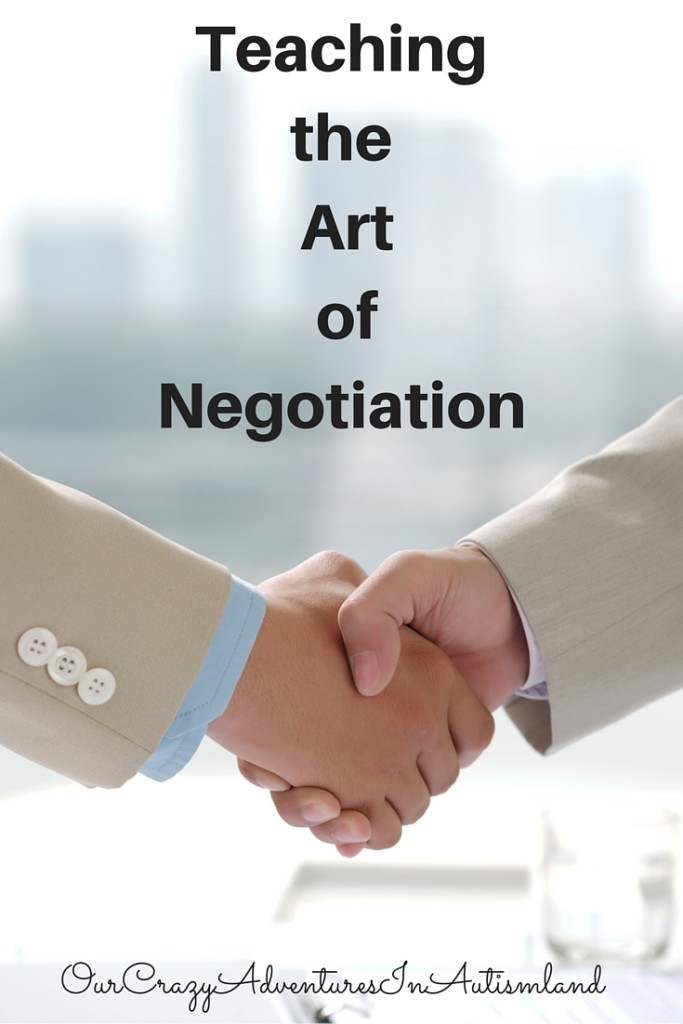 This was  relatively easy to set up for the children. I made sure that each child owned something that the other may want to use. Madison has her netbook that Logan likes to use to watch Youtube videos. Logan has the xbox that Madison likes to use to play Halo or Minecraft. This enables the negotiators to each have something in which to barter with from the beginning.

At first we had to scaffold this for both children. Scaffolding is a key concept in RDI that is used to make the interaction successful for the child. Basically, you put scaffolds or props in place to help the child navigate the intended task to end on a positive note. In the beginning of working on a skill , there are lots of props in place to help the child. You gradually remove the props until the child can do it without assistance.  Time is not of consequence here.  Every interaction is ended on a positive note. 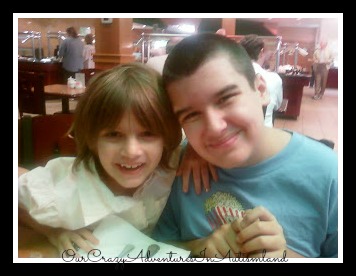 For bartering we reminded  them of the Family Respect Rule,  Then we showed  them that they each had something the other wanted. Finally, we modeled how to negotiate the terms. At first we  had to walk them through it whenever one of them wanted the other thing. Then we made declarative statements about it.
” I wonder if Logan wants to borrow your netbook?” when Madison was upset about not being able to play on the xbox.
“Hmmm, Madison looks like she really wants to play campaign on Halo.” when Logan wanted to use the netbook.
The key here was to help each child see that they had something to offer in exchange for something else. Now sometimes the other child isn’t interested in bartering. That is important to learn too!
They are masters at it now. It took months of modeling as well as practice.  They even negotiate chores and sitting shot gun privileges. Sometimes, I have to step in to rein in Madison. She tends to take advantage of Logan’s niceness when it comes to chores. I want to encourage him to serve her . On the other hand, I don’t want to teach her that she can delegate everything because he is so nice. That is another post all together.
What do you do to teach your children to negotiate or barter?