Summer camp with autism can be achieved with advance preparation. Logan went every year for 7 years in a row.  5 whole days and nights without mom or dad. His best friend went a couple of years with him which helped. In addition, he really to a liking to  Mr. Frank from church. As luck would have it, he was  the boy’s chaperone a few years .  There is 1 adult per 5 children in the dorms.  When he was in elementary school, his camp was less than a hour away.  For high school, it was maybe a hour and a half.  Never far enough away that I couldn’t save him if needed. We  instituted some new routines that we knew he would need at camp. Taking a shower himself as well as getting dressed in the bathroom. Remembering to wipe his face when he sweats ( he’s allergic to his own sweat, what a concept, right?). I will have to be sure to pack the Benadryl so when his face goes beet red from the sweat, they can give him something.  Talking about what to expect at each stage of the day was helpful as well. This was done by looking at the schedule on the website.

This means that we also have to spend time with the chaperones as well.  We need them to know how to see his triggers.  How to handle a meltdown if the inevitable occurs.  What he can eat as well as what he can’t eat.  What to do should he have an anaphylactic reaction. Who would be best for him to room with?  What classes should he take?  Will he need assistance in the classes as well as with the outdoor activities?  What are his sensory needs?   How can all of this be best accomplished in order to make it successful for Logan?  All these questions built onto the last one.  It was imperative that it was successful for Logan.  Every year brought new chaperones which brought the same conversations.  These conversations were crucial to Logan’s success rate. 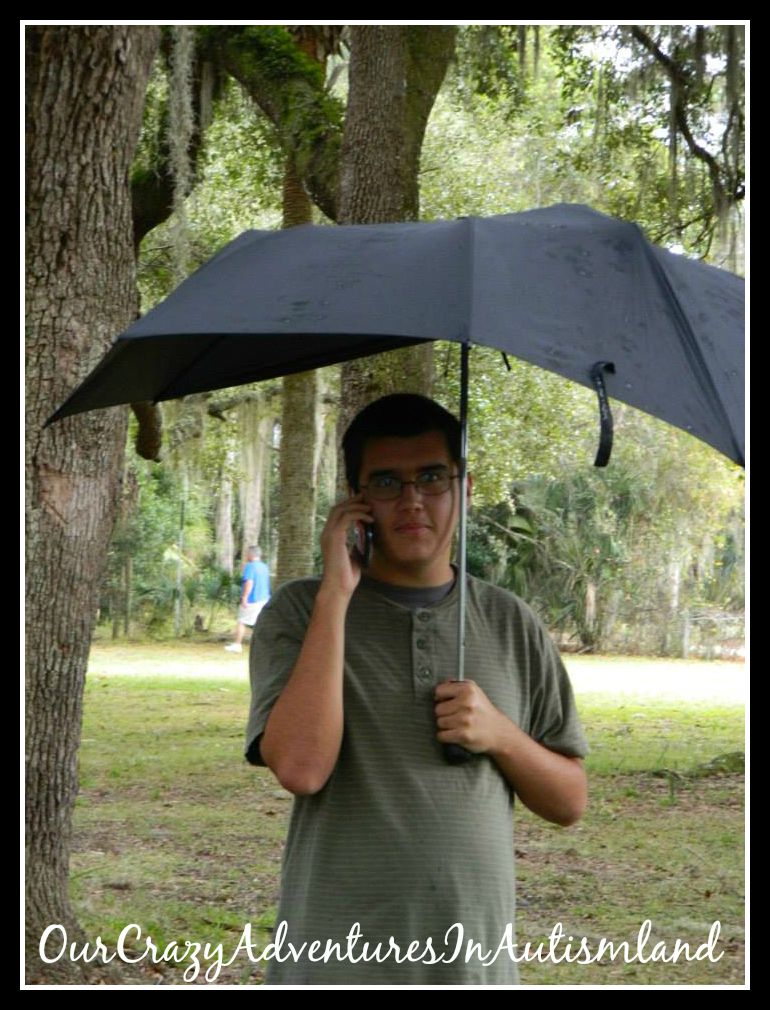 We  began scaffolding his routines to get him to feel competent and complete them. I paused to reflect that at 5 years old , he didn’t talk. Now I secretly want him to be quiet sometimes. A  few years ago, all he would talk about is Pokemon

. After  years of RDI, he maintains a  good conversation. He references me to see my opinion. I can make eye contact with him.  He can read the expressions on my face . While it took a ton of work on all the adults involved, I had  no doubt that we could make this a good experience for Logan. Nothing is easy in autism but that makes you appreciate every victory.


There were some fiascos each year.  One year brought the chaperones neglecting to bring his ear plugs to worship which ended in sensory overload.  One year brought a chaperone forgetting to tell him to come with him so Logan stood there for 3 hours waiting for him to return.  One year brought no gluten free food so he was forced to eat cheese and lunchmeat from the sandwich bar.  Each year taught us what to do differently the next year.  What to teach Logan as well as his new chaperones to handle were tweaked. 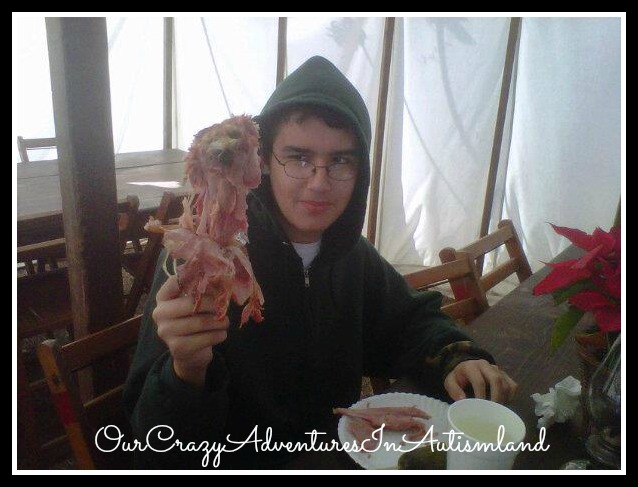 The key to this was that I always felt that Logan would be safe.   When we reached the point that I didn’t feel that way then Logan didn’t go.  I was sad when that happened.  We had a long run and for that I am grateful. Another key was talking to Logan daily. This was non negotiable. By speaking to him daily I was able to avert problems as they came up.  I could give chaperones tips and tricks to make the next day better.  It was also a way for me to determine if he indeed needed to come home.  While I was always ready to go at a moment’s notice,it was never necessary.  Logan has many happy memories of camp.  That was my intention from the beginning.