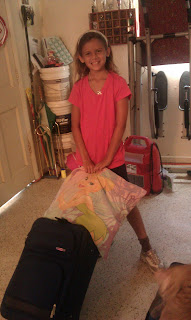 This year was Madison’s first foray into camp.  Unlike Logan , she would not go without me. I also sent Logan solo because I sometimes have a tendency to over compensate for him.  It was one of our steps to seeing if independence was possible for him. That’s another post entirely.  This is about Madison’s first attempt at camp. 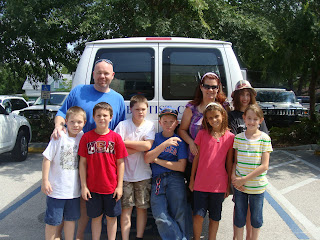 I knew she would have a great time when she got there.  I begrudgingly agreed to be the chaperone for the girls.  To be honest, when I first thought of her going to camp, I imagined spending the week with Logan at home.  Not in a college dorm taking care of other children getting up entirely too early. Madison made it known fairly quickly that she wasn’t going without  me. In her defense, she did have to leave for camp on her birthday! After making arrangements for Logan’s care, we were off on our camp adventure! 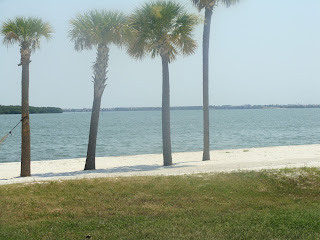 ﻿
I’m not sure why we had to leave the church at 10 AM.  We got to Eckerd College before they were ready for us then had to spend the rest of the afternoon on our own.  There was not a whole lot of activities to be done on the first day so it was a tad boring.  When we go next year, I will definitely bring something for the kids to do that afternoon.  We ended up bringing our stuff into the dorms ,setting up then walking around a bit.  I got some great pics and we did see a giant black snake.  The boys thought that was super fun. 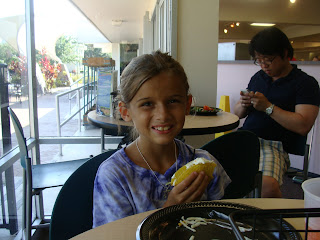 ﻿Finally, dinnertime came and we are like kings!  Or queens in our case!  I must admit that I am still trying to lose the 10 lbs that I gained at camp. The buffet was to die for and they had an unlimited soda fountain.  It was a fat kid’s dream.  Madison surprised me by eating tacos for every meal that week except breakfast.  I didn’t even know she liked tacos. 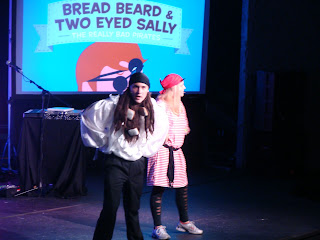 The rest of the week was a blur of activities!  There was morning worship and Bible study with One Eyed Sally and Bread Beard.  Lots of fun worship songs were sung and we worshipped with abandon. 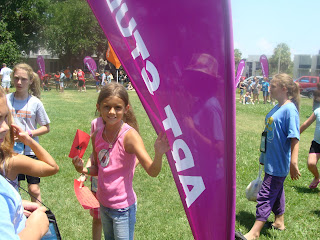 Off to activities then lunch then off to classes.  There was a central meeting spot that the children all descended upon at a certain hour.  After attendance was taken , they were off to their class then brought back to THE SPOT to meet up for the next class.  The chaperones took this time to run to Wal-mart for supplies if needed or to volunteer in their classes with them.  I did a little of both, making runs to Wally world for bottled water and going into the rooms to take pictures as well.  If you have never been in Florida at the end of  June then you don’t know that the average temp. is over 100 with a heat index and lots of humidity.  Blech, it was HOT!!! 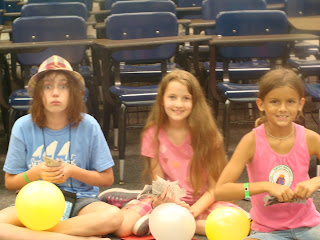 All three girls picked the same classes so it was easy to round them up and keep track of them.  They had lots of fun together.  I really lucked out with awesome girls that have a heart for Jesus.  I’m not saying that just because one of them is my daughter.  I see God using these girls in a mighty way! 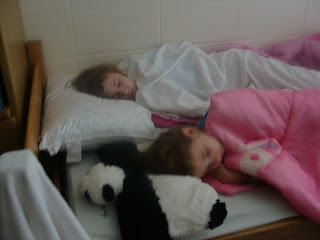 Every day ended like this!  Yes, we had 2 dorm rooms with 2 beds in each but everyone ended up in the same room.  It was ok with me.  I would have stayed up all night worrying about the other room anyway. 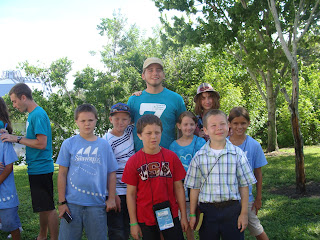 The week culminated with a final worship rally where we said goodbye to our Bible study leader, Nate.  We enjoyed getting to know him along with the children.  He was lots and lots of fun! 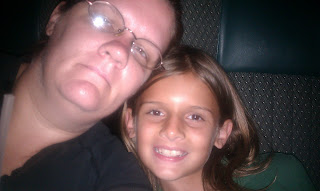 When we arrived home, the boys were gone for the weekend to the Towery Family Reunion.  We decided to go see  Cars 2 at the movies to relax for the afternoon.  It was the perfect end to a perfect week with my little girl.  I will always fondly remember the week we spent together at Centri Kid camp.
Share
Pin
Tweet
0 Shares