Birthday Bonanza Or Party Pooper? Keeping Your Perspective In Autism

It was the best of times.  It was the worst of time.  When you have a spectrum kid or even a sizzler (see Carol Barnier’s Sizzle Bop site) it is very easy to focus on just the negative side of things.  I gave this post two titles in the spirit of Rocky and Bullwinkle who always had two “outlooks” or titles for their vignettes.  (Any Rocky and Bullwinkle fans out there??) 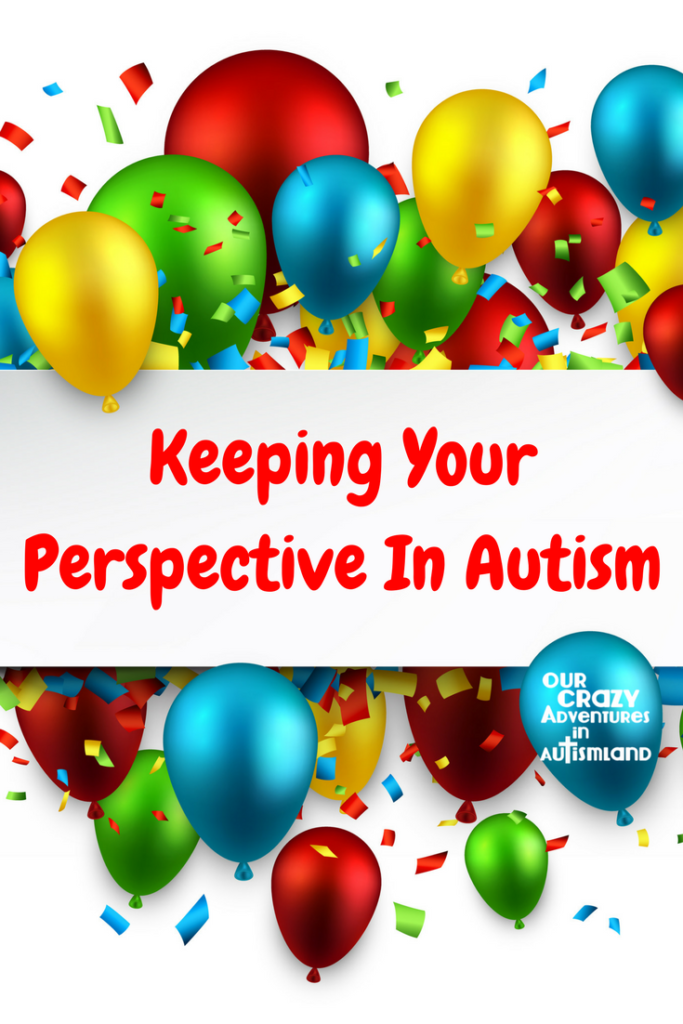 But I digress, we went to a birthday party recently and I left lamenting that there was still such a gap between Chuck and others.  My Dear Husband commented on the PROGRESS he has seen in our son.  It shifted my thinking a bit. How many times do we only look at the gaps, the negatives, how much ground is yet to be covered?   So I sat down to look specifically at the party and honestly look at the positives and negatives.  It turned out to be a very cathartic exercise that I would recommend it to everyone.

++ Chuck was invited to a birthday party!!!

++  Chuck helped pick out a GREAT present for Billy and used perspective taking to boot!  Chuck would never consider taking apart a lego he had built but he remembered being in Billy’s room and seeing that he didn’t keep his sets together.  So he got Billy a 3 in 1 model that he could put together and take apart and then make something new.  This showed great perspective taking and flexibility.

— We forgot the present.  I told Chuck to take it to the car.  He took it to the van because he thought we were going to take two cars.  This was at a house where we usually go to church and we typically do take two cars because then Chuck will leave early with parent 1 or parent 2.  We were 10 minutes out when I asked if he had the present…. And we had to turn around to go get it.  There was not enough flexibility in the tank to recover from that without going back to get the gift.

— It was difficult to see how Chuck did not fit in with the other kids.  They did paintball at targets and we had to steer Chuck to get in line.  ….but…

++ Chuck discovered another kid who loved Splatoon as much as he did.  And they had a conversation about the best paint weapons in the game.

—-  It was a stilted  conversation and the other kid really didn’t know how to respond.  Chuck thought maybe the other boy was just trying to get through the conversation… but…

++ He had a conversation with another boy!! And very little help from mom.

++ Chuck lasted for 3 hours at the party even though his allergies were thru the roof.

++ He ate a piece of real pizza.  (I know this is crap food and we are GFCF but at 16 I have decided to play fast and loose a bit with all the diet stuff from time to time so he can fit in.  And I encourage additional food choices when he desires them.  It works for us.  I loved that he “fit in” this way.)

— He spent more time wandering around than actually interacting.

++ These people love Chuck.  They have offended me from time to time with things they have said but they love Chuck.  They love us and they include us.  So I try hard to overlook the crazy stuff they sometimes say or do in the name of love.  I just thank Jesus for all the progress we have seen in him over the past years.