Hey there, autism mama, the one who feels like her marriage isn’t anything special. You’re not alone. I know you.

You see your friends go out on dates and you’re jealous. You don’t have the money to go out, let alone a babysitter you trust. Instead of going out on Friday nights, your spouse goes to bed before 9 and you’re holding down the fort with the children. 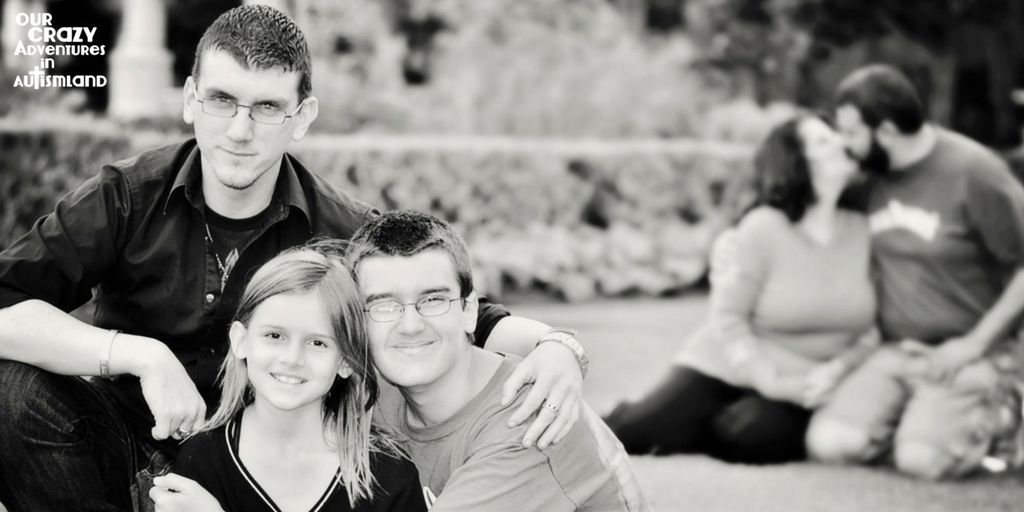 You know you’re supposed to let your husband deal with the kids in his way, but you just can’t keep your mouth shut. After all, you’re the one who spends time learning triggers and ways to avoid them. You know the food sensitivities inside and out. You are the one who’s there for most of the meltdowns. If he’d just listen to you, he’d have better interaction with the children. So you keep telling him how he should have done it, despite the fact you see him withdrawing with each of your words.

Speaking of meltdowns, why does your child act differently for your husband than he does for you? You’ve worked hours…HOURS on trying to figure out what bothers your son. What makes him anxious? How can you phrase something to keep it from being a “why” question? Perhaps if you tried this visual schedule you’d avoid a meltdown over getting dressed. You’re exhausted, you’ve tried it all, then your husband comes home and it’s a completely different ballgame. It’s depressing.

Ah, and all that analyzing drives your husband crazy. You second guess yourself, offer additional solutions after you’ve made a decision. It’s your own form of OCD. It’s getting worse as you try to predict the ways your child will react to situations and you seek to figure out what’s going on with your child.

You’ve got your own OCD issues, and he’s got his. Rather than OCD, he’s got ADD or Aspergers or something else. Some days you just want to scream when he forgets something important, spends more money, or closes himself off in the bedroom because life is too much for him. Don’t you need a chance to relax, too?

Oh, and don’t forget about the practically non-existent sex life. It doesn’t bother you because you’re too preoccupied or exhausted, but you know he misses it. Yet another thing to add to your guilty list.

But God is Bigger!

And because of that, you can hang on. You can remember you’re a sinner just like your husband and forgive when you feel like you have another child, not a partner. You can be brave and tell your husband you need a break. You can give of yourself for an evening to bring a spark back to your marriage. Not because of you, but because God is bigger.