“Before I could talk English” is how Logan describes the memories he has when he was nonverbal.  You see , Logan did not speak one word until the Easter after his 5th birthday.  Not one peep unless you count the high pitched screaming that ensued during meltdowns.  Somehow that doesn’t seem like it should count.  That Easter I put animal magnets in his basket.  He looked at the B one  then said bird.  I dropped our dinner on the floor. 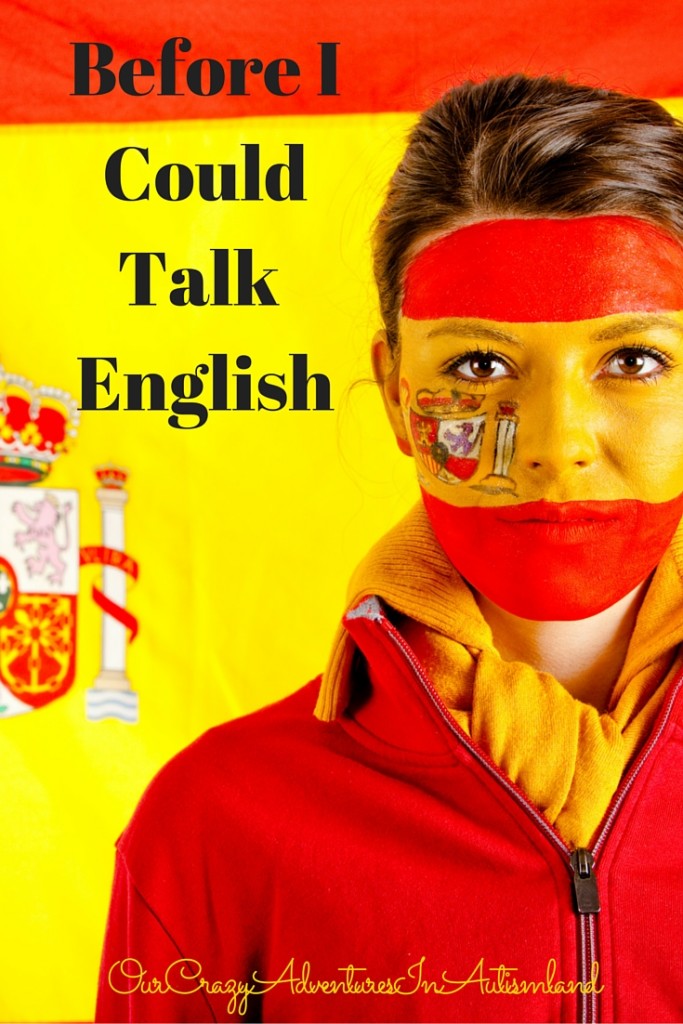 A few years ago, we were working on a RDI activity of sharing memories.  I was feeding Madison so I began talking about the time when she was born . They are four and a half years apart.   Logan did not get to see her until we brought her home.  The hospital was just too much for him to navigate sensory wise.  He stayed with my mom which was only supposed to be for a night or two but complications in delivery required me to stay four days. As we talked, he remarked that she was a pretty awesome Happy Meal toy.  I looked at him perplexed as I wondered out loud (lots of self talk in RDI) why he called her that ?  He remarked back that we had brought him a Happy Meal when we picked him up from Nana’s house.  Sort of like an afterthought, he mumbled “I called her that immediately but it was before I could talk English.”

I ruminated over that comment for months trying to decide what he meant by it.  We don’t speak any other language here in Autismland unless you count sarcasm as a foreign language. I shifted our memory sharing activities to memories around the time Madison was born to try to determine why he would think he didn’t always talk English. After a few sessions his meaning became perfectly clear. He was talking about the times when he was non verbal. 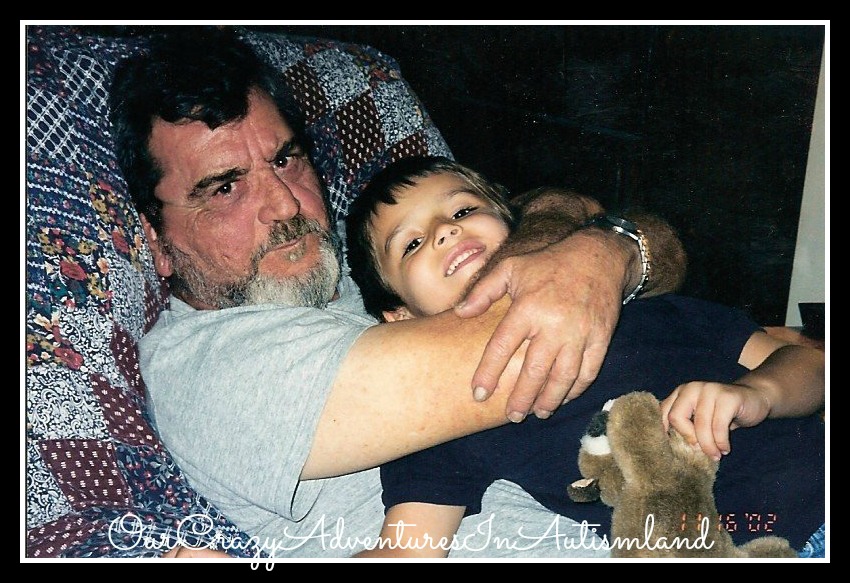 Logan clearly remembers  hearing as well as understanding everything that was being said around him .  Although he could not speak well or at all, he knew what was happening. It has been an extraordinary insight into how his brain works to hear him talk of the days before he could speak well. He would become highly agitated for no reason (so we thought) when in fact it was frustration that he had something to say to us but couldn’t get it out.  His young mind never attributed his inability to talk as a trait of his autism.  He simply reasoned he couldn’t talk English to make us understand.

[Tweet “Before I Could Talk English is how my child with #autism describes life as non verbal. #chatautism #hope”]

My mama heart used to ache to hear him talk.  I would reason to myself that if I kept talking to him perhaps one day he would answer me.  I didn’t know at that time if he could even hear me.  I didn’t want to admit to myself that he may not understand me or even know what I was talking about.  Turns out , he heard every word.  In his mind, he would answer me occasionally. He would try to do it verbally always ending in frustration.  One day he woke up and could “talk English”.

Learning to “talk English” didn’t make him any better.   He still has autism.  His brain is wired differently than mine.  He thinks in pictures as well as sees things I often miss. This doesn’t make him different or less.  This just makes him Logan.  He would have been Logan regardless of whether or not he ever learned to “talk English”.  The fact that he not only remembers those times when I would talk with him makes me smile.  Our nonverbal kids may not be able to “talk English” but they know exactly what’s going on around them.  Don’t confuse not being able to speak with not having anything to say. They hear more than you know.